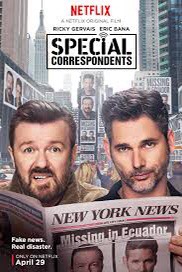 Radio anchorman, Frank Bonneville (Eric Bana) is tasked with reporting on a rebel uprising in Quito, alongside radio technician Ian Finch (Ricky Gervais). On the way to the airport, the pair lose their passports and end up stuck in New York. They have two options. Own up and lose their jobs, or fake it.  So, from the Spanish resturant opposite the radio station, they use Ian’s audio expertise to falsify the report.  Unbeknownst to Ian, Frank slept with his wife. The day before she dumped him. As the lies grow bigger, the duo actually find themselves in Ecuador.

The film is meant to be a satire about mass media manipulation, but Gervais’ wimps out about half-way through. However, the biggest problem with special correspondents is the characters. None of them come across as real humans.﻿

Gervais acts as writer/director, as well as co-star. But, he is woefully miscast as Ian. What we get is a clitche ridden caricature of a geek. He speaks about video games and comics. Given that it’s well-known that Gervais despises geek culture,  it’s hard to take him seriously.  Ben Whishaw or Rafe Spall would have been outsanding in this role.

Bana’s character is just bland. I think we’re meant to hate the guy, but also be impressed by him in a ‘loveable bastard’ type way. But he doesn’t do anything appalling enough to be hated or nice enough to endear him.

America Ferrera and Raúl Castillo play a nice couple, who give Ian and Frank shelter. But the pair are unrealistically stupid, they could never run a successful business in the real world.

As bad as the other characters are, nobody has it worse than Vera Farmiga, as Ian’s wife, Eleanor. She’s a one-dimensional-fame hungry harpy, who takes to the talk show circuit to sell her “charity single”. She doesn’t have a single redeeming quality.

This is Gervais’ first feature without a co-director. With the invention of lying, he had Matthew Robinson. With Cemetery Junction, he had former creative partner, Stephen Merchant. Special Correspodents proves that Gervais isn’t a natural filmmaker, the film relies too heavily on musical montages, clitches and leaps in time to tell the story. 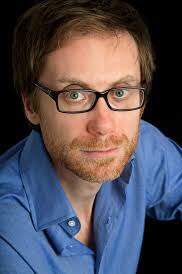 We all know that Hugh Jackman will be reprising his role as Wolverine, in Wolverine 3. But what nobody knew, is that Stephen Merchant will also be in the movie.

Deadline broke news of Merchant’s casting, this morning. The role he’s playing has yet to be revealed, but I imagine given his comedic background, he will probably be some sort of comic relief.

The actor confirmed the news, by posting a video of him having his head shaved, on Instagram.

James Mangold is returning to direct and David James Kelly, is writing the script. Hugh Jackman has previously hinted, that the film will be inspired by the “Old Man Logan” range of comics, which follows an elderly, now-retired Wolverine on a road trip, with Hawkeye across a dystopian future. As Marvel own the rights to Hawkeye, it’s thought that Professor X will be replacing him.

Merchant got his big break, when he collaborated on The Office with Ricky Gervais. The pair then worked together on Extras, The Ricky Gervais Show, and Life’s Too Short. But recently the pair seperated creatively.

If Merchant’s casting seems a little strange, just remember in 1999, we heard a 6ft 2″ Australian, whom had only done musical theatre, would be playing the role of 5ft 4″ Canadian, Wolverine. The news did not go down well with X-Men fans.
Wolverine 3 will be Jackman’s last outing as the mutant anti-hero, Jackman has appeared in every X-Men film since the original in 2000, except of course for Deadpool.

Wolverine 3 scheduled for relaese in March  2017. 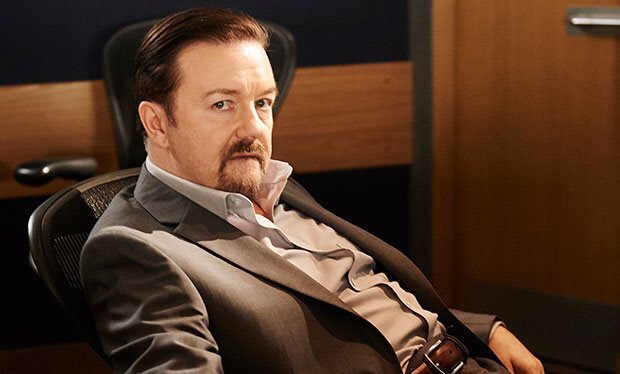 David Brent is cuming back (sic). Later this year, we’ll see Ricky Gervais return as David Brent, in a big screen spin-off to The Office. Time has passed and the former manager of the Wernham Hogg, isn’t working in an office anymore. He’s following his dreams by trying to become a famous singer/songwriter.

Watch the trailer down below, it’s as awkward as we could hope for.

David Brent:Life on the road sees the highly anticipated big screen debut of one of comedy’s best-loved characters, David Brent (Ricky Gervais). The film catches up with Brent twelve years on from the BBC mockumentary ‘The Office’ to find he is now a travelling salesman with Lavichem, a cleaning and ladies’ personal hygiene products company. However, he hasn’t given up on his dream of rock stardom and is about to embark on a self-financed UK tour with his band, ‘Foregone Conclusion’.

Assembling a group of session musicians who are just in it for the money, and talented rapper Dom (Ben Bailey Smith) in an attempt to gain street cred, Brent cashes in his pensions and takes unpaid leave in a bid to turn his dream into reality. Get ready to join David Brent on the road as he takes one last shot at fame and fortune.

DAVID BRENT: LIFE ON THE ROAD is written, directed by and stars Ricky Gervais, with original music and lyrics by Gervais, musical arrangement by Andy Burrows (Razorlight, We Are Scientists) and raps by Ben Bailey Smith.

David Brent:Life on the road is out in August.

Keep up to date with the latest news.

Ricky Gervais is returning to the role that made him an international household name. 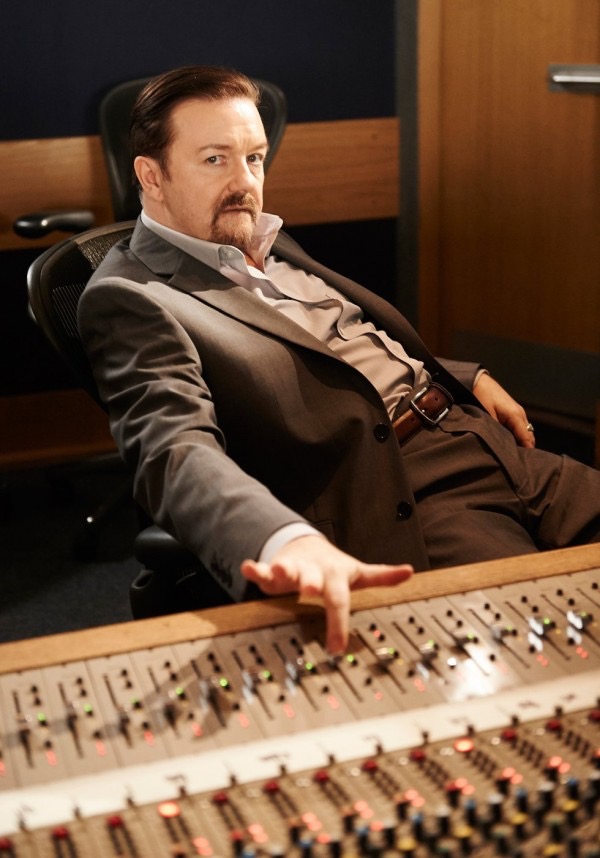 Life on the Road follows David Brent 13-years after the office ended. He is working as an office rep, yet still trying to live out his dream of being a rock star.

It’s currently unknown if any of the cast of the Office will make a cameo, but we now Gervais will be joined by Ben Bailey, Tom Basden, Joe Hartley, Andrew Brooke, Andy Burrows and Nina Sosanya.
Life on the road is out in August 2016.

In which Martyn is joined by Jack Doolan. The pair talk about everything from 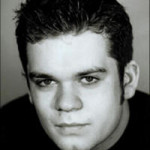 The show can be accessed via different places, including Miro, Stiticher, Blubrry and Itunes.
END_OF_DOCUMENT_TOKEN_TO_BE_REPLACED 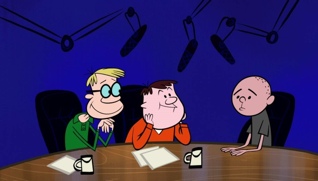 E4 have announced that the Ricky Gervais Show will return in May, for a third series.

This animated comedy series spans 13 x 30-minute episodes much of which consists of Karl Pilkington musing on everything from slugs and freaks to the mind body problem and world hunger. The show has been sold around the world and been nominated for 5 Emmys.

Ricky Gervais said: “Karl is not only my best friend but also my gift to the world. This is my favourite series so far and it even features some previously unheard audio”

The Ricky Gervais Show is based on the record breaking podcast which won a place in the Guinness Book of World Records for the most downloads and last year passed the incredible 340 million download mark.

Channel 4 Head of Comedy, Shane Allen, said: “A very welcome return to E4 of these comedy masters. Their flights of fancy and infectious banter are a joy as Stephen and Ricky delve in to the inner workings of Karl Pilkington’s oddly wired brain”.