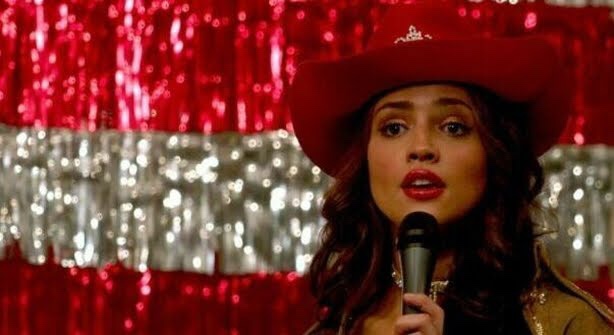 This indie drama follows Heidi and her best friend Jane. When Jane vanishes without a trace. Heidi tries to make sense of the situation.

On a personal note, this film really resonated with me. I’ve spent time in small town America and these missing posters are a real life occurrence, especially near towns close to an interstate. People will vanish without a trace. Occasionally these people will re-emerge thousands of miles from home, but more often than not. They’re never found.

She’s missing perfectly captures Heidi’s quiet tedium from her moribund existence and juxtaposes it with Jane’s extremely volatile life. The film shines when it revels in the vastness of its Southwestern setting, which can lead to wide spread oppression and a feeling of utter hopelessness.

Alexandra McGuiness knows how to frame the perfect shot. The entire film felt very David Lynch to me. The back drop would fade from mountains to empty skyline. Accompanied by a somber score, this makes the viewer feel a sense of claustrophobic despondency, which is a stark contrast to the upbeat rodeo setting of the film.

She’s missing is the type of film Hollywood doesn’t really make any more, it’s well worth a watch. The film is a compelling struggle, which I think we can all identify with.

SHE’S MISSING is released on iTunes and On Demand from 1st July on Sky Store, Virgin Media, Google Play, Youtube and Amazon.