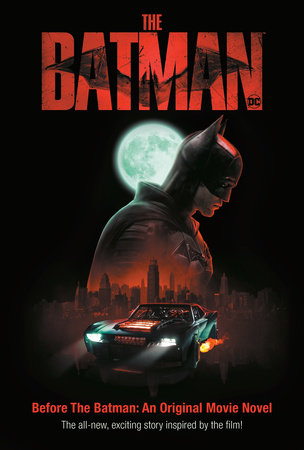 We all know that billionaire Bruce Wayne is secretly Gotham City’s vigilante detective and protector, The Batman—but what road led him there? Find out in Before The Batman: An Original Movie Novel, which includes an exciting original story of Bruce Wayne’s early adventures on his way to becoming The Batman!

Written by David Lewman, Before The Batman, is a young adult novel, which essentially acts as a prequel to The Batman. It follows a 17-year-old Bruce Wayne, about a decade and a half before he dons the cape and cowl.

Given the target audience, this isn’t a complex read. I blitzed through it in about 90 minutes. However, I had a lot more fun with this than I anticipated. It’s an intriguing look at Batman’s early years, laying the groundwork for the universe of the film, without rehashing what we’ve previously seen. We learn a bit more about Alfred and his military days, as well as The Riddler and the parallels between him and Bruce Wayne.

The book isn’t a required read before seeing the film, but it does a great job of expanding the mythology that’s established in the film.

The book includes a few behind-the-scenes images from the film, as well as a small poster.