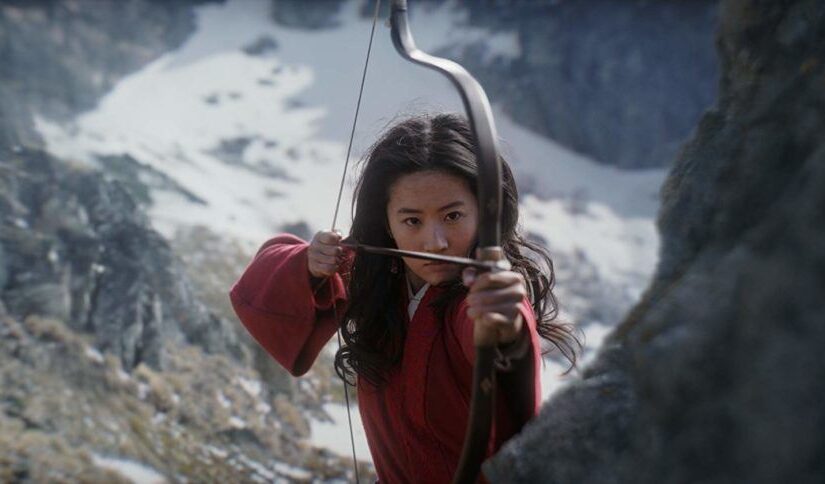 With the exception of The Jungle Book, I haven’t enjoyed any of the Disney live-action remakes. It’s not that I’ve thought any of them were terrible, it’s just that none of them hit me the same way. However, I was genuinely interested in Mulan. It’s packed, with a cast full of martial artists experts and on paper is arguably, the only Disney film that could really work as live-action.

This version of Mulan vastly deviates from the 1998 source material. There are no musical numbers and the romantic subplot, is nowhere to be seen. It also replaces the wisecracking dragon, Mushu, with a soaring phoenix whose presence beats you over the head, with obvious metaphors.

With a cast consisting mostly of Chinese actors, with costumes and sets so impeccably designed. It seemed like a sure-fire hit. The film does look genuinely beautiful in places, the blend of New Zealand and China’s locations is seamless. However, the film doesn’t really have a lot going for it. There’s some really dodgy CGI and green screen work and, as great as her performance is, Liu Yifei never convinces as a man. She’s recognisably a woman throughout, it’s difficult to suspend your disbelief when the film isn’t even pulling off its central promise.

The film has many promising parts but fails to bring them together in a satisfying way. The action set pieces, that should be spectacular are either bad or mediocre, which is a shame considering the film boasts a cast that includes Donnie Yen, Jet Li, Jason Scott Lee, and Gong Li. These are all actors renowned for their martial arts expertise. This could have been so good.