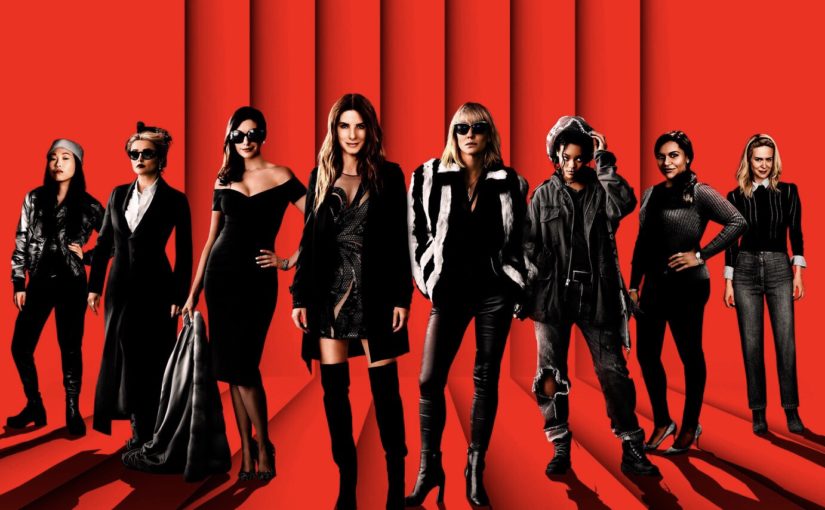 On paper, an all-female instalment in the Ocean’s series, featuring a great cast-lead by Sandra Bullock sounds like everything you need for a great time. In practise however, Ocean’s Eight never really hits the mark.

There’re a lot of parallels in this film to Ocean’s Eleven. The movie starts at the parole hearing of Debbie Ocean (Sandra Bullock). Once released, she reunites with her old partner in crime Lou (Cate Blanchett, Thor: Ragnarok) to pull off a $150 million diamond heist at the Met Gala.

The idea behind this film, seems to be to just chuck a bunch of famous names together and see what sticks. The script really doesn’t have anything to say, the camera work is basic and, the characterisations are one-dimensional and this talented cast just go through the motions, with very little to work with.

They really hammer home the George Clooney/Danny Ocean references. I get that they need to establish that this is in the same universe as the previous films, but it’s done incredibly sloppily.

There is clearly a lot of potential here and the cast are clearly having a great time, but they deserve a movie worthy of their talents, Ocean’s Eight isn’t it. Perhaps they can convince Steven Soderbergh to return for Ocean’s Nine…