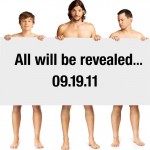 The episode starts with the funeral of  Charlie Harper (Sheen) which is a star-studded affair, filled with a lot of Charlie’s ex-girlfriends who say lines that are clearly the writers attacking Sheen. Present at the funeral is old flames such as Courtney (Jenny McCarthy) and Mia and more recent women like Sherri (Jeri Ryan).

The humour is classic Two and a Half Men. Evelyn even tries to sell Charlie at the funeral.

It’s back at the house during the second act that things get interesting. It’s Alan and the entire supporting cast including Berta, Evelyn, Judith and even Herb.

The thing is, Jon Cryer and the rest of his supporting cast could have carried things without Sheen. Seeing as the actor playing the ‘half-man’ is twenty it would have been a good idea to have Jake become a father, taking the whole thing full circle and becoming two and a half-men, again. But I guess the money men at CBS did not have confidence in their existing cast so they had to bring in the big-name Ashton Kutcher.

But, before we get to Kutcher we get a few cameos from various TV actors including John Stamos and ‘Dharma’ and ‘Greg’ (from Chuck Lorre’s 90’s sitcom) talking divorce.

It’s after the cameos we meet Walden Schmidt (Kutcher). Walden is a depressed billionaire that tried to drown himself in the ocean but couldn’t do it as “The Ocean is really cold.” Walden’s entrance just seems a little too forced but thinking about it, I’m not sure how they could have done it without it feeling forced.

The writers have tried to make us feel sympathy for Walden by introducing him as a broken man whose wife has left him. It doesn’t quite work. I don’t know if it’s Kutcher or if it’s the way the character is written but something just didn’t sit right with me. Walden is meant to be bright but he never comes across like that; he just comes across as lucky. Having said that, this is part one of a two-parter so he may well switch it around.

Two and a Half-Men airs on CBS on Mondays in the US and on Tuesdays on Comedy Central in the UK.