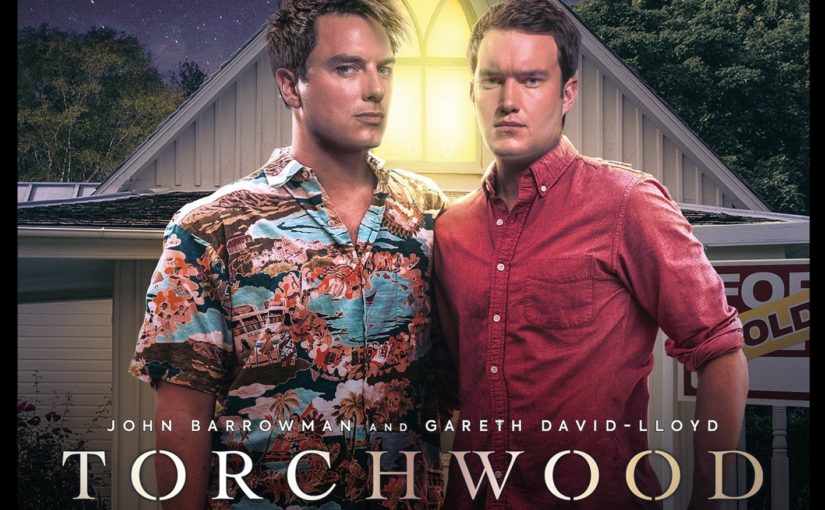 Serenity Plaza is the most exclusive gated community in South Wales.

Jack and Ianto have gone undercover as a happily married couple. There are rumours that something’s wrong at Serenity Plaza and they’re determined to investigate. But the problem is that Serenity Plaza is just so rigidly normal.

Suddenly, Jack and Ianto have to confront the problems that normal couples face. Sharing a house together, doing the washing up, entering the residents’ baking contest, and hoping to win the Best Kept Lawn.

Competition is fierce. Because this is Serenity Plaza. And you’d kill to live there.

Torchwood: Serenity is James Moran’s first Big Finish audio, so it’s fitting that it’s a sequel to his series 2 episode ‘Sleeper’ and this does what any good sequel should, it develops the threat originally presented and adds layers and complexities-all whilst playing to the strengths the medium of audio allows. Moran has crafted a continuation, that logically feels like the next step in the story.

Jack and Ianto’s relationship has always been popular with fans, so it’s great to have an outing featuring the pair. John Barrowman and Gareth David-Lloyd are clearly having a lot of fun here. The script is full of innuendo, with GDL playing Ianto as a Stepford Wife-type. He even gets to turn his Welshness up to 11.

I laughed a lot and I laughed hard with this audio, this is one Torchwood fans won’t want to miss.