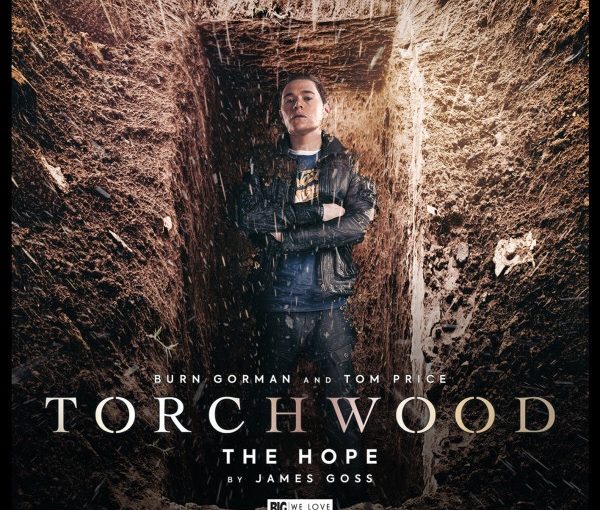 The Big Finish Torchwood range is always advertised with “This release contains adult material and may not be suitable for younger listeners” never has that statement been truer, than with this release. One of the many things James Goss excels at, is bleak. After giving us all nightmares with Corpse Day. He’s back with The Hope.

Megwyn Jones is one of the most hated women in Britain. She used to run a home for troubled children in an isolated part of Snowdonia called The Hope. For a long time there were rumours about what was happening there, and then one day it was realised that the children had gone missing.

Ever since, Megwyn’s kept her peace. Is she innocent? Is she guilty? Where are the bodies?

An audio play about a convicted child-murderer is never going to be an easy listen. However, James Goss has carved something of a masterpiece here. This is an audio that definitely rewards repeat listening.

Burn Gorman and Tom Price had such brilliant chemistry, in Corpse Day that I’ve been waiting impatiently for a follow up, ever since. Their chemistry is still present and their scenes together are pure gold. Andy’s eternal optimism is a perfect foil for Owen’s eternal pessimism. They also get a chance to shine separately, in scenes that are up there with the most horrific in Torchwood’s history. Siân Phillips is mesmerising as Megwyn Jones, you instantly dislike Megwyn-but you’re also fascinated by her.

The Hope couldn’t be any further away in tone, than last month’s ‘Serenity’. But that’s what makes this series so great. I enjoyed Torchwood on TV. But Big Finish Torchwood, is Torchwood at its absolute best.