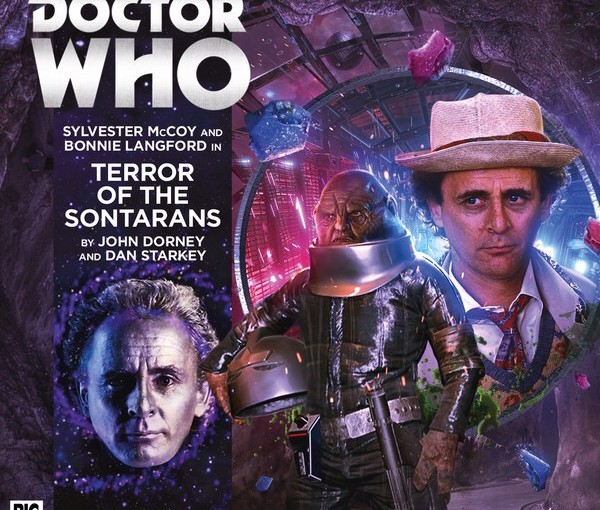 Terror of the Sontarans concludes the trilogy of main range stories for the Seventh Doctor (Sylvester McCoy) and Mel (Bonnie Langford).

The adventure takes place on a mining facility, which is now acting as a Sontaran research base. The Doctor and Mel are responding to a distress beacon and have arrived to find the base seemingly empty. Deep down in the depths of the facility, they stumble across the original crew, whom are being held prisoner.

Something is picking the crew off one-by-one and even the Sontarans are running scared.

I’ll admit, I am one of the Doctor Who fans that doesn’t like how the Sontarans have been handled on the TV series recently. But, with this the writers have found an intriguing balance between the seriousness of the classic Sontarans and the silliness of modern Sontarans and the end result is a perfect blend of the two ideologies.

Bonnie Langford and Sylvester McCoy are flawless here, they sound exactly the same as they did in the 80’s, at times it’s as if they’ve just finished recording an episode for the BBC and entered the recording booth for Big Finish.

Langford really suffered on the TV series, but Big Finish have given her some solid material, that really allows her to shine. She is fast becoming my favourite Big Finish companion.

The direction is also spot-on, by the ever-reliable Ken Bentley.

Big Finish have been consistently good this year, I  can’t wait for 2016.