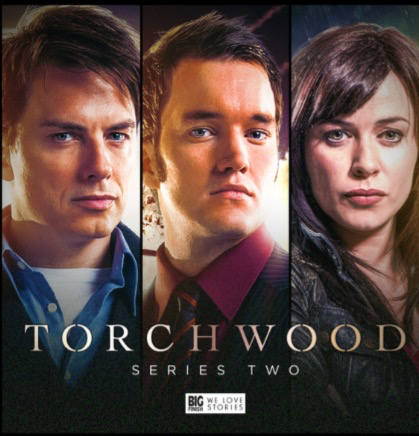 Big Finish have confirmed a second series of Torchwood audios will be available from March 2016.
The news came just one day after the release of Torchwood: The Conspiracy.

Another six Torchwood releases are currently in pre-production for 2016. Series 2 will begin in March 2016: just one month after concluding instalment of series 1.

“Everyone involved’s just had so much fun that we didn’t want to stop”.

“It’s okay, you don’t have to. We’ve already got the first script in and it’s a delight.”

The new series will continue the adventures of Captain Jack Harkness (John Barrowman) and his team, with stories taking place at different points in Torchwood’s history.

“It’s wonderful to be able to commit so soon to a second series of Torchwood, this is completely down to the immense support we have received from the fans of the series. We are delighted to be continuing the adventures of Captain Jack and his team!”

I couldn’t really imagine that the response to our Torchwood series wouldn’t be positive, So I’m very pleased not to have been proved wrong. The series has so many dedicated followers and the audios have been written, directed and produced with such love for the source material. James Goss, as producer, has brought so much enthusiasm and joy to the project. I find myself hoping every day that I’ll receive another excited email from him.
And we’re so grateful that the brilliant stars of Torchwood have come in to record and have been so bloomin’ good! Russell T Davies has been so supportive and full of encouragement too. Frankly, we had no choice but to get on with a second series as soon as possible.

Torchwood: The Conspiracy is available to buy and download today, starring John Barrowman as Captain Jack Harkness. Listen to our review here.