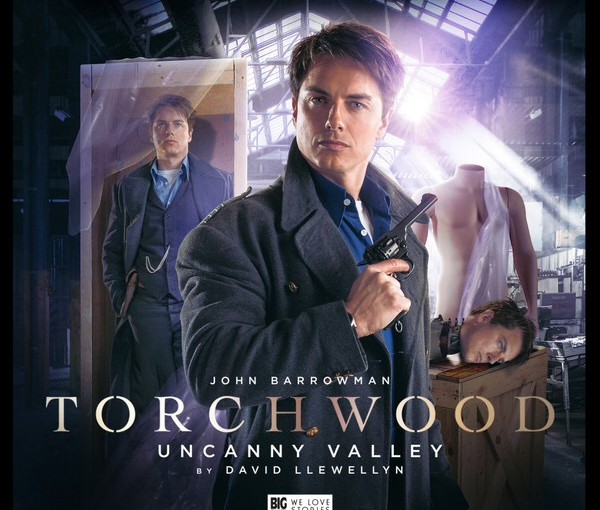 The tale of artificial intelligence is a stablemate of science fiction, but this is the first time the subject matter has been handled so maturely. The adventure kicks off with Jack unexpectedly arriving at the home of reclusive billionaire/entrepreneur-celebrity, Neil Redmond.

Dubious of Jack’s intention, Richmond distrusts him until the good Captain drops some impossible knowledge. The duo then talks about the events that brought them both to the remote Welsh castle.

Richmond found himself wheelchair-bound after being involved in a horrific car crash. A mysterious woman then persuaded him to purchase a company that make “living dolls”. He was gifted an avatar of himself, which he christened NJ-which would appear at press conferences on his behalf.

Writer David Llewellyn proves again that he can handle Torchwood. this is a mature think piece with non-gratuitous adult moments. In other words, this is Torchwood at its best. It’s quintessential listening.

John Barrowman slips back into Captain Jack’s RAF Greatcoat with ease, he knows this character inside and out. He could do this in his sleep. Special mention must go to Steven Cree (Outlander). He is entirely convincing in his dual roles as Neil and NJ.

I’ve enjoyed each of the Torchwood audios, for different reasons. Each one has scratched a different sort of itch. If you haven’t tried Big Finish audios before, I recommend jumping on board with this range.