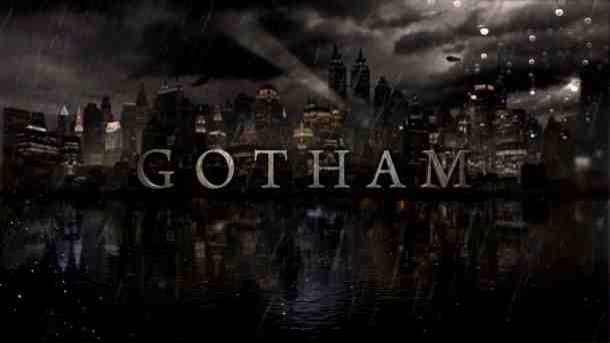 I’m a big fan of the DC run of comics ‘Gotham Central’. So, I was excited when Fox announced they were producing a series based on a pre-Batman Gotham.
Gotham Central tells the tale of the ordinary police officers dealing with the extraordinary criminals.
Fox’s Gotham, isn’t Gotham Central. It isn’t even Manchester’s best Gotham Central tribute act.

The story focuses on rookie detective Jim Gordon and his partner Harvey Bullock, as they investigate the murder of Martha and Thomas Wayne.
Now, the Wayne’s have never been properly explored in the Batman universe, so it would have been interesting to have seen them for longer than the opening three minutes.
Through out the episode the writers shoe-horn in every A-list villain from Batman lore. We get Catwoman, The Riddler, Poison Ivy, The Joker and The Penguin (just don’t call him The Penguin).
The penguin works for mob boss Fish Mooney, played by Jada Pinkett-Smith.
Cast members such as Ben McKenzie and Donal Louge are playing this as a 9pm crime drama, Jada Pinkett-Smith is playing it as a 4pm kids show. She overacts in every scene, coming across somewhat cartoonish in her portrayal.

Overall there are some stellar performances, McKenzie and Louge have great chemistry. The writers just need to tone a few things down. We don’t need Catwoman posing like a cat every time she’s on screen, we get it. She’s Catwoman.