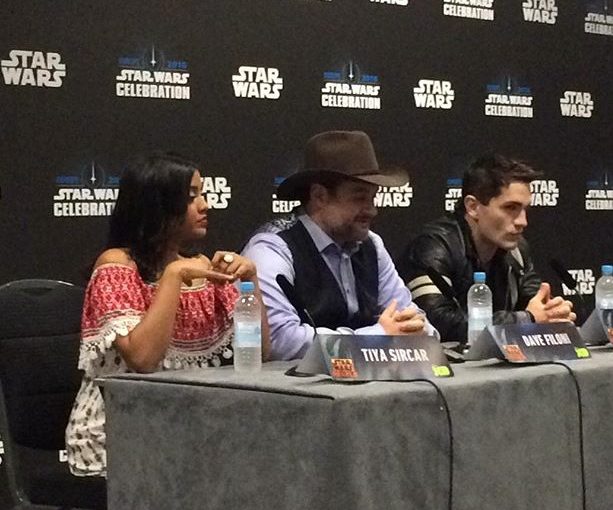 A few weeks ago, I was lucky enough to attend the Star Wars:Rebels series 3 press con, at Star Wars celebration. In attendance were Dave Filoni, Sam Witwer and, Tiyer Sircar.

With its story beginning fourteen years after Revenge of the Sith and five years before A New Hope, Rebelstakes place during an era when the Galactic Empireis securing its grip on the galaxy. Imperial forces are hunting down the last of the Jedi Knights while a fledgling rebellion against the Empire is taking form. The visual style of Star Wars Rebels is inspired by the original Star Wars trilogy concept art by Ralph McQuarrie.