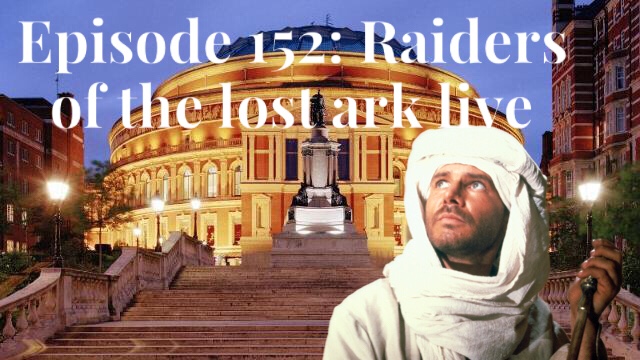 In which Martyn and Gerrod talk about Raiders of the lost ark live, at The Royal Albert Hall.

For more information on upcoming events at the Roayl Albert Hall click here.

Raiders of the Lost Ark is a 1981 action adventure film directed by Steven Spielberg, written by Lawrence Kasdan from a story by George Lucas and Philip Kaufman.

It was produced by Frank Marshall for Lucasfilm Ltd., with Lucas and Howard Kazanjian as executive producers.

To listen to us review the Indiana Jones saga, click here.