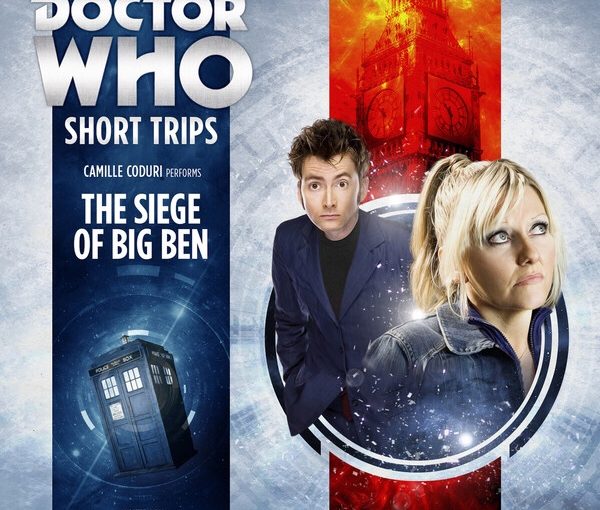 Jackie Tyler has everything she’s ever wanted: a loving husband and two children. But a terrible, far-reaching plan is underway, and only Jackie and a single friend stand in the way of it.

But the Doctor isn’t the man he was…

The Siege of Big Ben is a highly anticipated release. Ever since we left the Tylers and the meta-crisis tenth Doctor at the end of series 4, (10 years ago!) fans have wondered what happened next. Thankfully, Big Finish has given us some answers with this release.

This can’t have been an easy thing to write. Not only did Joe Lidster have to tell a gripping story that lives up to the fans expectations. He had to re-introduce us to the parallel Earth, or “Pete’s world”.

A base under siege scenario is a stablemate for Doctor Who. But Lidster manages to beautifully subvert what could be a repetitive format and turn it into a glorious character piece.

The script draws parallels between The Doctor being more human, and the human, being more like The Doctor we know and love. Having Jackie be the most Doctor-like character in the story adds an interesting dynamic.

The script is sharp, the direction is smooth and David Roocroft’s sound design is inspired. All in all, The Siege of Big Ben is a story about love, loss and the difficulties that come with moving on. You feel all of these things whilst listening. Camille Coduri oozes charm and instantly reminds you, why we all love Jackie Tyler.

This world is waiting for further exploration and I hope, this leads to some full-cast adventures.

Check out our other Big Finish reviews.