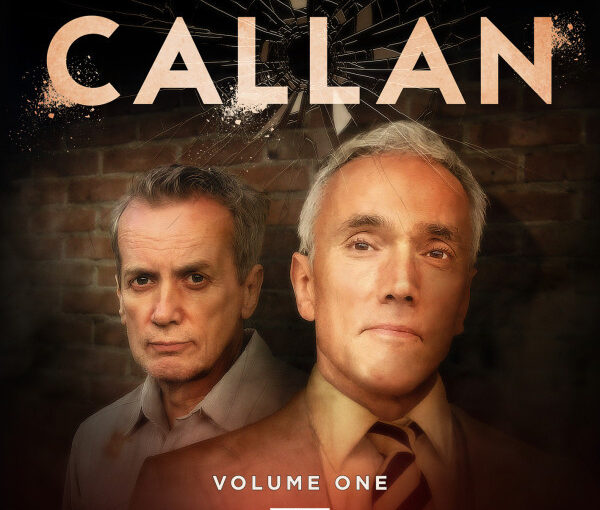 Callan was a hard-hitting spy drama that followed its hero, played by Edward Woodward, in his missions for “The Section”, a covert government department that dealt with enemies of the state using the most ruthless methods. It ran on ITV for four series between 1967 and 1972 and spawned both a movie and an 80s TV special.

Callan, a natural dead-shot, had a tumultuous past – both military and criminal – and frequently defied his superiors with a great line in sarcasm and a tendency to feel guilty for his victims.
A relationship with Lonely, a petty thief who was frequently lured into his exploits, brought some light comic relief to a show that may have been unrelentingly gloomy otherwise.

Ben Miles takes the lead in the new rendition, with Frank Skinner playing Lonely.
Section boss Hunter and his secretary Liz are played by Nicholas Briggs and Jane Slavin, respectively.

Big Finish has assembled an exceptional cast: Ben Miles as the abrasive Callan, who is tough but not without sympathy, and Frank Skinner as the down on his luck, Loney absolutely shine in this. The duo has a great connection and natural chemistry, which oozes out of the production. Skinner may be the least experienced actor in the audio, but he holds his own with the rest of the cast. I found myself missing him when he wasn’t around.

Liz, played by Jane Slavin, provides some much-needed warmth as well as a gleam of hope for Callan. Nicholas Briggs impresses as the unyielding boss, Hunter.

I wasn’t aware of the TV series before this, but I still found this a compelling drama. Like with their Survivors range, Big Finish has crafted an audioplay that will appeal to fans of the original, whilst also not alienating newcomers.