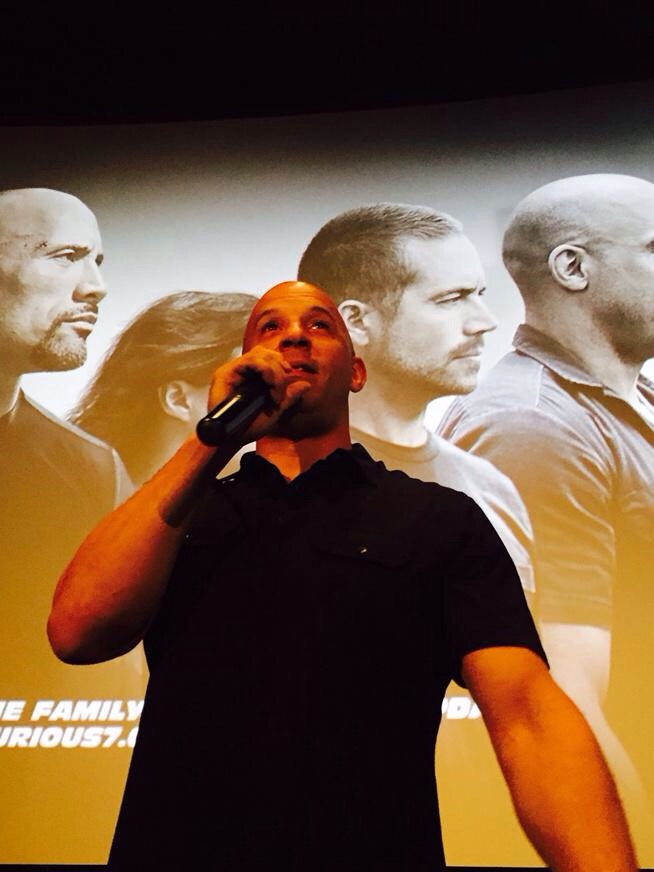 Vin Diesel appeared at a recent advanced screening of Furious 7, to introduce the film to the audience.

He starts by talking about it being the hardest project he’s worked on. He then speaks in tribute of Paul Walker, whom sadly died in a car crash in 2013.

“Every time when I saw the movie at the premiere, Paul Walker and I would go off to the side and he would always tell me, ‘Vin, the best one’s still in the can.’ Well, I hope tonight that you let Pablo know that this, this is the best one for you guys”.

The cast and crew have promised that this will be a proper send off to their fallen brother.

Furious 7 is out in the UK next month.