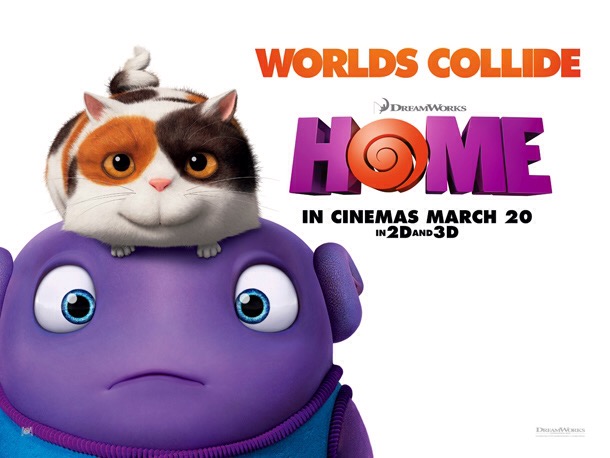 Home is based on the popular 2007 children’s novel The True Meaning of Smekday, the story focuses on “Oh” voiced by Jim Parsons (Sheldon-The Big Bang Theory), a misfit alien whose friendly but misguided people, the Boov, plan to take over the Earth to avoid their arch-enemies the Gorg.

After one mistake too many, Oh ends up on the run from his own kind and forms an friendship with the last human in America, Tip (Rihanna), who is trying to find her mother (Jennifer Lopez).

Nothing about Home is particularly sophisticated and doesn’t come close to other dreamwork hits such as How to Train Your Dragon. The animation isn’t ground breaking and Parsons plays Oh as Sheldon, he found his range in the Big Bang theory and doesn’t seem to have any plans to change that.

The story has enough warmth and silliness to keep the kids entertained, but parents will find this annoyingly bland.