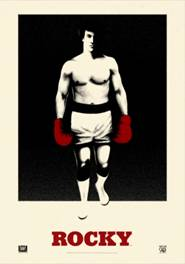 Also in attendance was heavyweight boxer David “The Hayemaker”.
Haye has long held a passion for boxing. He began training at age six, at the now famous Fitzroy Lodge Boxing Club in South London.
He quickly excelled as a junior boxer and won several of his fights. 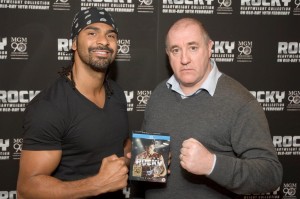 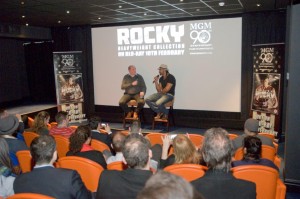 Before the screening, Haye took part in Q&A with TalkSport host, Steve Bunce. Once Dave was seated and comfortable the inevitable question was asked: “how much do you like Rocky?”.
Haye replied that he didn’t start from the first one but the 3rd instalment of Rocky, which he loved and had seen a few times before he went back to watch the first two.

Haye was laid back and spoke candidly about the fight against ‘The Big Hairy Russian’ Wladimir Klitschko and the injury that made him retire from boxing.
The injury is still visible, Haye at times found it difficult to hold the mic.

When asked about his inspiration he mentioned a few boxers, including Rocky, played by Sylvester Stallone, but his main influence was Muhammad Ali, one of the greatest boxers in history.

Haye went on to speak about his future plans of opening a Health Spa, in Dubai. He also aims to break into acting.

It was a great experience to have seen David Haye and listen to some of his experiences and his future plans, he expects to make a full recovery I hope he gets a chance to fight in the ring once again.

As a man of my age, it’s slightly embarrassing to admit that this was my first introduction into the world of Rocky Balboa. I look forward to going the distance with The Heavyweight collection 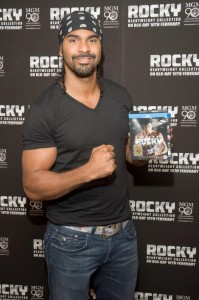