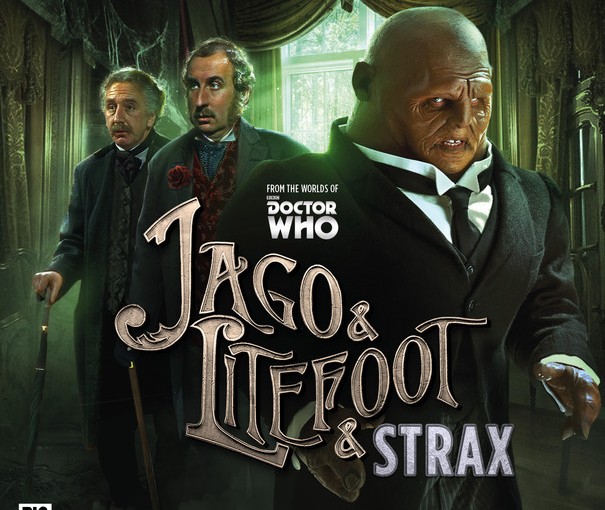 Earlier this year Big Finish obtained the rights to use Nu-Who characters. Which means we will soon see classic Doctors battle new monsters, the Fifth Doctor will meet the weeping Angels, the Eighth Doctor will have an adventure with River Song etc.

Fans have long speculated that Jago and Litefoot could conceivably run into the Paternoster Gang. And given the similar nature of their work, it is a lovely thought that the former associates of the Doctor would cross paths. I’m still waiting for a Torchwood/Unit cross over.

We join Jago and Litefoot as they investigate a spate of murders, where the victims brains have been removed. Meanwhile Strax is on the trail of an alien power source, which leads him to the Red Tavern.

The plot is fairly basic and echoes a lot of the Jago and Litefoot range. But what it lacks in plot, it makes up for with fun; a lot of comedy stems form  Strax’s misunderstanding of human gender and Victorian equate, which puts him at odds with gentleman investigators Jago and Litefoot.

The cast are strong and the direction is flawless. This is an enjoyable listen, that will please fans of the Paternoster gang as well as fans of Jago and Litefoot.