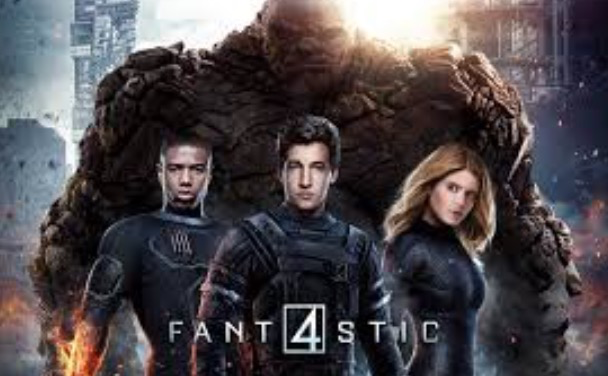 By now you will have already read every other review available for this movie. In all honesty, it’s taken me over a week to construct this. The film isn’t bad per-say, it’s just very disappointing.

Fantastic Four filmed from May-August last year, but Fox ordered re-shoots in January after they were dissatisfied with the film. This leads to a combination of continuity errors and atrocious ADR (additional dialogue replacement). Sue Storm’s hair changes colour and length between shots and, mouths that say “Von Doom” are in fact mouthing “Domnichev”.

You may remember last year that Toby Kebbel revealed he was playing a computer hacker named Victor Domnichev, the Internet exploded which has resulted in him being very badly re-dubbed Victor Von Doom. It’s also abundantly clear that his computer hacker subplot has been hastily cut out.

The movie starts out promisingly enough, albeit slow. We meet Reed Richards and Ben Grimm as kids, we them jump to ‘7 years later’ meet the rest of the team, watch them build a machine, go to planet Zero before jumping to ‘One year later’.
This is where things go a wry we get a quick altercation with Doom and the team find themselves with their own headquarters.

Fox allowed Josh Trank to make an unconventional superhero movie with a property they needed to be a hit, they got cold feet and re-cut to try to make it conventional. This results in the story feeling half, rather than whole.