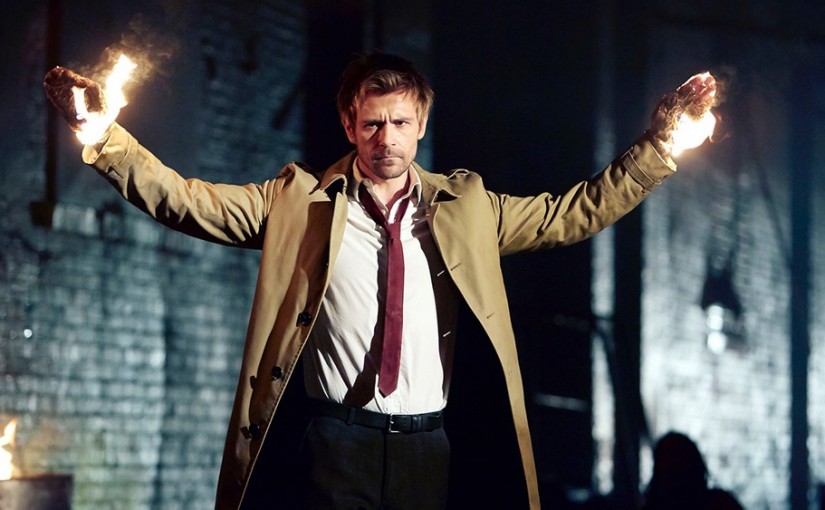 The Constantine series may have been canceled by US Network NBC, but thanks to Warner Brothers insisting that all their TV properties take place in the same universe, regardless of the Network they’re on, actor Matt Ryan is going to reprise his role as John Constantine in the fourth series of Arrow.

The Constantine star took to Twitter to confirm the details, in the video below.

Constantine will appear in episode 5 of the upcoming fourth series.

Arrow showrunner Marc Guggenheim added:
“We are thrilled to have Matt Ryan reprise the role of John Constantine on an upcoming episode of Arrow. Matt is an incredibly talented actor and his portrayal of this beloved character was always something we admired. The introduction of magic and mysticism on the show this season has provided a truly organic opportunity for us to bring John Constantine to Arrow and the CW’s DC universe. It will be a well-deserved tip of the hat to all the Constantine fans who were so incredibly supportive of that series.”

I’m excited by this news, I feel that Constantine had a great first series. Hopefully his apperance will cause the CW to green light a spin-off.