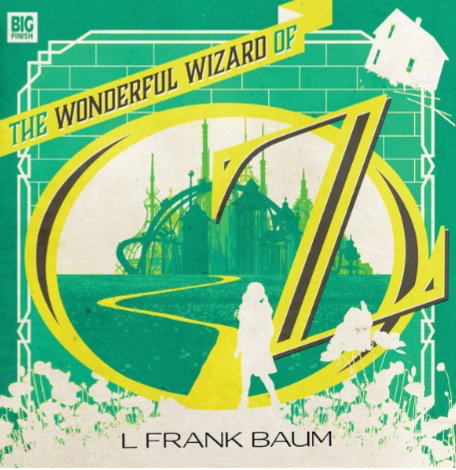 Following their successful adaptations of genre classics such as Dorian Gray and Frankenstein, Big Finish have now produced an audio adventure based Frank Baum’s The World of Oz.

After a tornado hits her home in Kansas, Dorothy and her dog Toto find themselves in the magical Land of Oz.

The house sets down in Munchkin land and accidentally kills the Wicked Witch of the East, by landing on her.

Dorothy and Toto then embark on an epic journey to find the only person who can help them return home, the legendary Wizard of Oz.
They quickly make friends with a brainless Scarecrow, a heartless Tin Man and cowardly Lion. Realising they all want to see the Wizard, the group travel together.

Sadly for Dorothy, The Wicked Witch of the West is seeking revenge for the death of her sister.

The performances are all top-notch, Ally Doman shines as Dorothy, as do Stuart Milligan as Oz, Rachel Atkins as The Wicked Witch of the West, and Big Finish regular, Dan Starkey as the Monkey Captain.

Oz purists will love this.