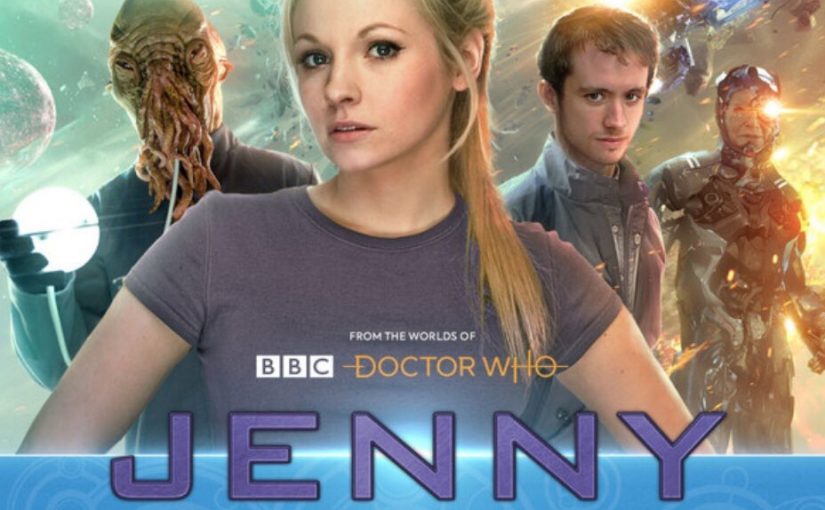 She’s got planets to save, civilisations to rescue, creatures, to defeat… and an awful lot of running to do!

It’s difficult to believe the character of Jenny debuted in Doctor Who 10 years ago. Since then fans have wondered whatever happened to The Doctor’s daughter?

The character was rife for further exploration and it’s amazing the BBC never thought to bring her back.

Thankfully, we have Big Finish. They’ve taken the character and given her a range of her own.

The scripts are sharp, funny and perfectly honed. A lot of work and love has clearly gone into this box set. The stories are kinetic and full of real-world allegories; which in lesser hands could’ve come across as clunky.

Georgia Tennant and Sean Biggerstaff have instant chemistry as Jenny and Noah. A personal highlight is they allow Jenny to be fun. She makes jokes, which work well and relieves tension in scenes. The mystery surrounding Noah is intriguing and you finish the audios with even more questions about him.

Big Finish has done it again. The Doctor’s daughter is fantastic, a breath of fresh air. The theme music is epic. familiar but different. It perfectly encapsulates the Doctor’s nature in Jenny. The stories and the cast are engaging. The sound design is flawless.

Jenny-The Doctor’s daughter is firing on all cylinders. A perfect synergy between cast and crew. I’m practically begging for series 2.