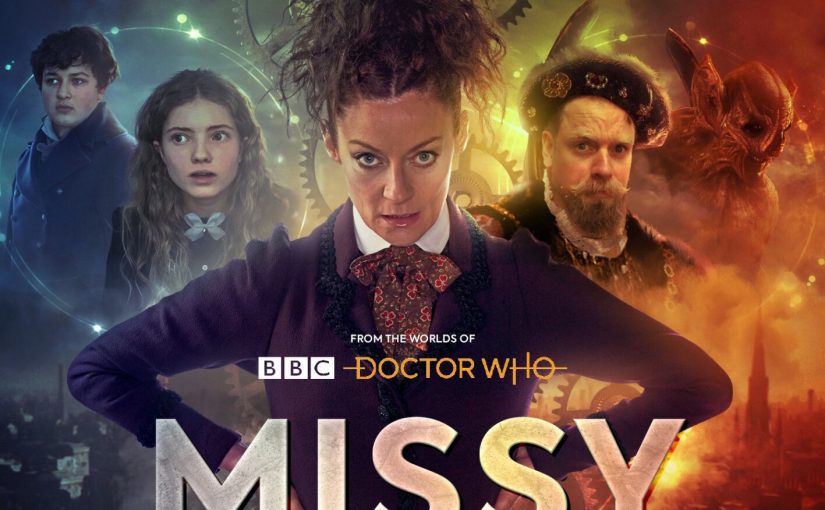 Big Finish announced today that Missy will be getting her own audio range.

Michelle Gomez, who played the Doctor’s best friend and wicked enemy, Missy will be reprising her role in some brand new audio adventures from Big Finish Productions made in arrangement with BBC Studios.

Throughout her time on Doctor Who, Missy – an evil incarnation in the guise of a Victorian nanny – was a delightful devil, at one point sentenced to death for terrible crimes against the universe. And now we get the chance to hear more of what she is really capable of.

These new adventures see an unleashed Missy bringing the universe to wrack and ruin. We can’t wait for its release in February 2019!

Michelle Gomez told us about letting Missy loose on the people of the universe:

“I was very excited to return to Missy’s world via the medium of audio because along the way I’ve always had a lot of fun with Missy; her voices and her rhythms. I absolutely love capturing it and distilling it down to the word on the page.

I’m absolutely delighted! She’s such a ridiculously brilliant character, and hopefully that earns her that moment in the spotlight. To find myself centre stage with these Missy adventures is thrilling – I’m very grateful.”

And (whilst evading the Doctor’s clutches) Missy will encounter another enemy of her ‘boyfriend’ as she crosses paths with the Meddling Monk played by Rufus Hound.

“Missy’s own series is just like the Time Lady herself – anarchic, funny, unpredictable and wildly imaginative. It’s absolutely glorious to have Michelle returning to the character at Big Finish, and our recording days have been filled with so much laughter.

And we haven’t even met face to face yet! Michelle’s busy filming the new Sabrina series in Vancouver for Netflix and so we’ve been pairing studios down the line; Michelle thousands of miles away while we’re in London synched up with her. It’s been a joy to make. And just wait until you hear the collaboration of Missy and the Meddling Monk!”