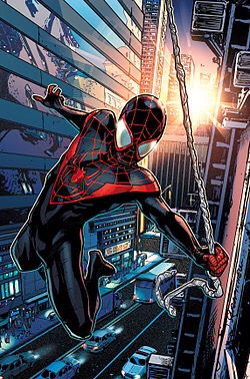 A few more details have started to leak through about the Sony/Marvel deal.
Previously it had looked like Sony would licence out Spider-Man for Marvel to do with as they pleased. Now, it seems that it would be a straight down the middle collaboration between the two companies.
The deal would see Marvel able to use Spider-Man, in turn Sony would be able to use any two Marvel characters.

That deal sounds pretty sensible to me. It’s probably too late in the day for Spidey to swing in to civil war, but I fully expect him to appear in Avengers:Infinity War.
I really hope it works, it would open the doors for collaborations between other studios.