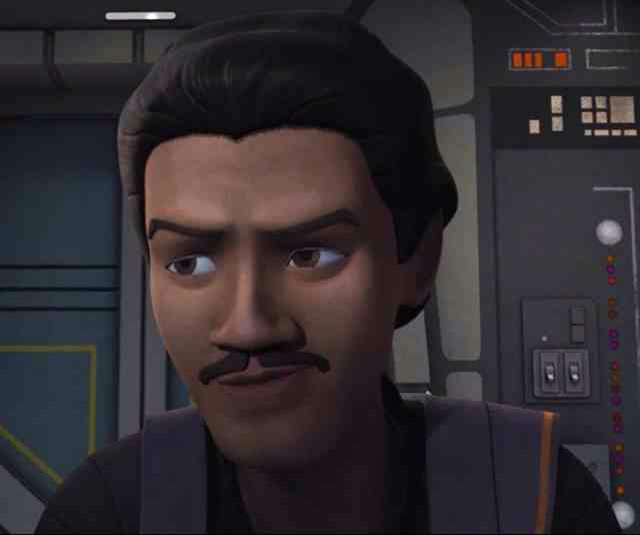 It’s still unknown if Billy Dee Williams will be returning for Star Wars:The force awakens, personally I think they’re holding off using him until episode 8. He first appeared in the second of the original trilogy, it would be a nice touch to have him re-appear in the second of the new trilogy.

But if you can’t wait for your Lando fix, then good news. He will appear in the eleventh episode of Series 1. The episode is called “Idiot’s Array” and sees Zeb lose Chopper in a game of Sabacc to Lando Calrissian.

I can’t wait to see Lando back in action, Williams is now the third original trilogy star to reprise their role. James Earl Jones and Frank Oz have previously appeared as Darth Vader and Yoda respectively.