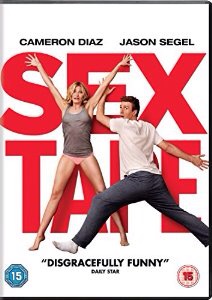 Jason Segal (Jay) and Cameron Diaz (Annie) play a married couple with kids and, they’ve not had much time to get intimate.
For reasons that are not made clear, Jason Segal is given a stack of iPad’s, which he then hands out to people he knows.
Before he gives them out, for reasons that are also unknown he syncs them to his email address. Now any of you that own an iPad will not be able to get over the fact that this movie could never actually happen. You wouldn’t activate an iPad with your details and hand it to someone else, you just wouldn’t.
It’s on one of these iPad’s that the couple of film themselves acting out the Khama sūtra.
After Jay receives a text message from a number he doesn’t recognise, the pair spend a night traveling around the LA suburbs attempting to retrieve all the iPad’s.

The movie feels like a rejected episode of How I met your mother, stretched to 90 minutes.
The only laughs come from Rob Lowe, who is only here to wink and the camera and make light of his own sex tape past.

The iPad is the only believable character in the movie.