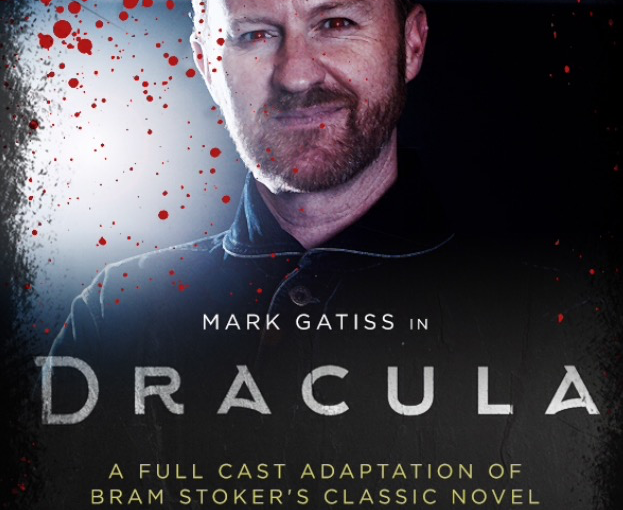 Following the success of Big Finish’s dramatisation of Frankenstein: The Modern Prometheus, writer Jonathan Barnes (The Somnambulist, The Judgement of Sherlock Holmes) and producer/director Scott Handcock (The Confessions of Dorian Gray) have reunited to bring another classic gothic horror to life on audio.

“It’s a part I’ve always wanted to play, I’ve been rehearsing for forty-eight years. You may be able to tell that in the relish and bloodied glee in which I approach this role!”

We started talking about tackling Dracula not long after finishing work on Frankenstein and I always knew I wanted Mark to be my Count. Thankfully, he didn’t disappoint. From the instant the project was mooted, through to recording and beyond, he’s been nothing short of incredibly enthusiastic. He has such a distinctive voice, and brings a real sense of dread and brooding menace to proceedings.

Mark Gatiss is well-known horror aficionado, whom hosted the brilliant ‘A History of horror’ series,  for the BBC. He brought touches of his passion in to projects such as The Leauge of gentleman, Sherlock and of course his work on Doctor Who, both the main show and Big Finish.

Dracula will be released in May 2016 – 119 years after the story’s original publication – spanning three hours on three CDs, with a bonus fourth CD comprising interviews with the cast and crew, plus a suite of James Dunlop’s score for the production. The four-disc set is available to pre-order now at a discounted price of £20 (CD) or £15 (download).