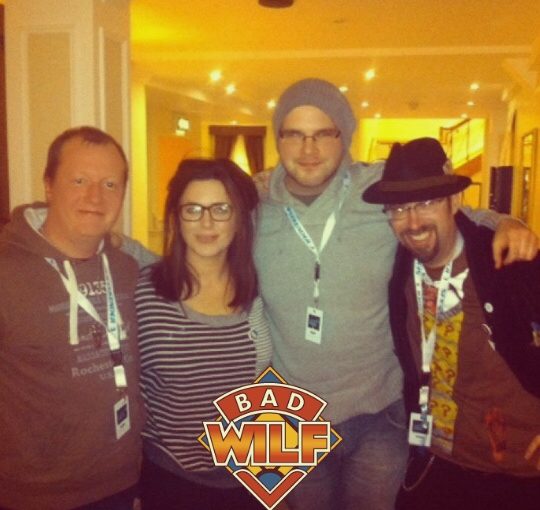 Along with Paul and Chris from The Pharos Project, I travelled to North Wales to catch up with Torchwood’s Eve Myles. We got drunk by an open fire, talked Doctor Who, Torchwood, carpeted bathrooms and working with Zach Braff. Eve also told us about the time she went “Bongo’s up”.

Eve Myles is a Welsh actress from Ystradgynlais. She graduated from the Royal Welsh College of Music & Drama in 2000. Later that year, she began portraying Ceri Lewis in the BBC drama series Belonging, a role she would play until the end of the series in 2009. Myles’ early UK-wide television credits included the 2001 miniseries Tales from Pleasure Beach and the 2003 television drama Colditz. In 2005, she auditioned for a part in the revived series of Doctor Who, and landed the role of servant girl Gwyneth, in the Series 1 episode “The Unquiet Dead”, alongside Billie Piper and Christopher Eccleston.