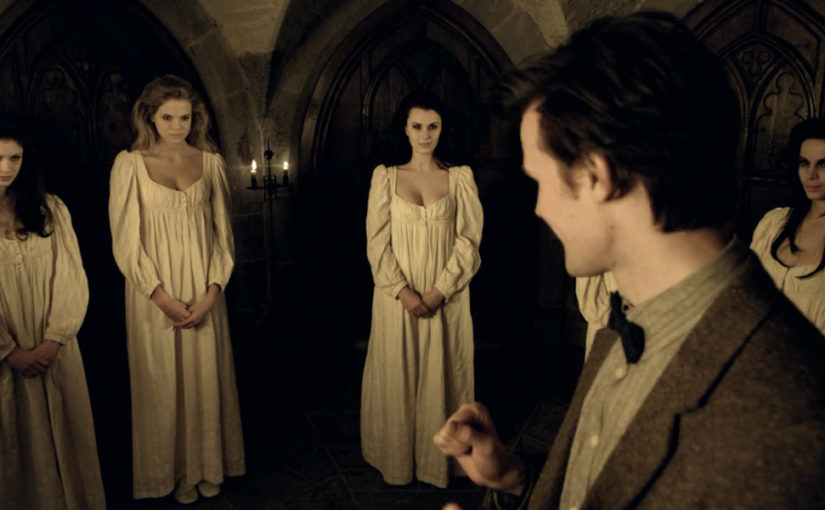 In episode 6, Gerrod and I discuss ‘The Vampires of Venice’, ‘Amy’s Choice’.

“The Vampires of Venice” is the sixth episode of the fifth series of the British science fiction television series Doctor Who, which was broadcast on 8 May 2010 on BBC One. It was written by Toby Whithouse, who previously wrote “School Reunion”, and was directed by the first-time Doctor Who director Jonny Campbell.

Following from the end of “Flesh and Stone” where his companion Amy Pond (Karen Gillan) had kissed him, the alien time traveler the Eleventh Doctor (Matt Smith) picks up Amy’s fiancé Rory (Arthur Darvill) and takes the two on a romantic trip to Venice in 1580. There they are intrigued by a girls’ school whose students appear to be vampires and discover that they are really alien refugees in disguise, who plot to make Venice their new home.

“Amy’s Choice” is the seventh episode of the fifth series of the British science fiction television series Doctor Who. It first broadcast on BBC One on 15 May 2010. It was written by sitcom writer Simon Nye and directed by Catherine Morshead.

In the episode, the Eleventh Doctor, a time-traveling alien played by Matt Smith, and his human traveling companions Amy (Karen Gillan) and Rory (Arthur Darvill), are in a trap set by the mysterious “Dream Lord” (Toby Jones), wherein they repeatedly fall asleep and wake up in a different reality. In one, Amy and Rory are happily married but pursued by elderly people possessed by aliens, while in another they are on board the Doctor’s time machine, the TARDIS, where they anticipate being frozen to death by a nearby astronomical phenomenon. They must decide which is the real reality and die in the dream, to wake up in reality and escape the trap. At the episode’s conclusion, the Dream Lord is ultimately revealed to be a manifestation of the Doctor’s dark side and self-loathing.