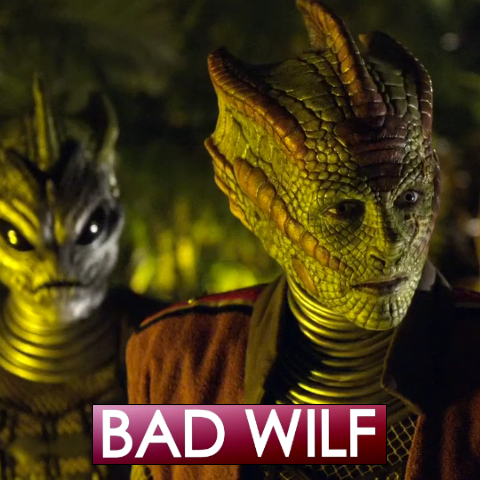 The Hungry Earth and Cold Blood get discussed.

In the episodes, the Eleventh Doctor—a time-traveling alien played by Matt Smith—and his companions Amy Pond (Karen Gillan) and Rory Williams (Arthur Darvill) land in Wales in 2020, where a drilling operation headed by Nasreen Chaudhry (Meera Syal) is drilling deep into the earth and disrupting a civilisation of Silurians who dwell beneath the earth. The Silurians cause holes to open in the earth, one of which consumes Amy. The Doctor and Rory capture one Silurian, Alaya (Neve McIntosh), and the Doctor instructs Rory and a local family to not harm Alaya, as it could spark a war. He then takes Nasreen in the TARDIS to the Silurian civilisation to rescue Amy and kidnapped locals Mo (Alun Raglan) and Elliot (Samuel Davies).

Deep under the Earth, Amy and Mo escape from Silurian doctor Malohkeh’s experimentation and Mo discovers his son, Elliot, sedated in a chamber and under observation. The leader of the Silurian warrior caste, Restac, insists both the Eleventh Doctor and geologist Nasreen Chaudhry be executed and escorts them to a Silurian court; though Amy and Mo interrupt the trial with stolen weapons, they too are captured. Eldane, Restac’s superior, is called in by Malohkeh and demands a halt to the hostilities.

The Doctor makes contact with Rory; Mo’s wife, Ambrose; and Ambrose’s father, Tony, reminding them to keep their captive Silurian, Restac’s sister Alaya, alive. They are unaware that Ambrose has already killed Alaya because she would not help Tony, whom she had infected with Silurian venom. The Doctor arranges a conference between Eldane, Amy, and Nasreen; the three discuss how humans and Silurians can co-exist on the surface. Ambrose and Tony, worried about the Silurian reaction when they discover Alaya’s death, set Nasreen and Tony’s drill to burrow into the oxygen pockets of the Silurians’ underground city fifteen minutes after they depart, which would destroy it. Meanwhile, Restac has killed Malohkeh for his betrayal and awakened other members of the warrior caste, intending to stage a coup against Eldane.

The Doctor escapes with the humans and channels an energy pulse to the base of the drill before it impacts the city. Eldane returns the warriors to hibernation by initiating “toxic fumigation”; the humans escape, and Eldane hopes that in a thousand years, peace between humans and Silurians can occur. Tony, still affected by Silurian venom, opts to stay behind to be cured, and Nasreen stays with Tony. The Doctor, Amy and Rory find a crack in the cavern wall similar to those they have seen before. The Doctor surmises that the crack was caused by an explosion in time, which might have left shrapnel behind. He reaches in and pulls out an object which he wraps in a handkerchief. Restac, dying from the toxic exposure, crawls around the corner and fires at the Doctor, but Rory pushes him out of the way and takes the shot, dying in Amy’s arms. The crack absorbs Rory’s body, erasing him from existence and causing Amy to lose her memory of him. Returning to the surface, the Doctor takes out the object he pulled from the crack–a burned piece of the TARDIS’s sign.

“Cold Blood” was first broadcast in the United Kingdom on BBC One and simulcast on BBC HD on 29 May 2010.