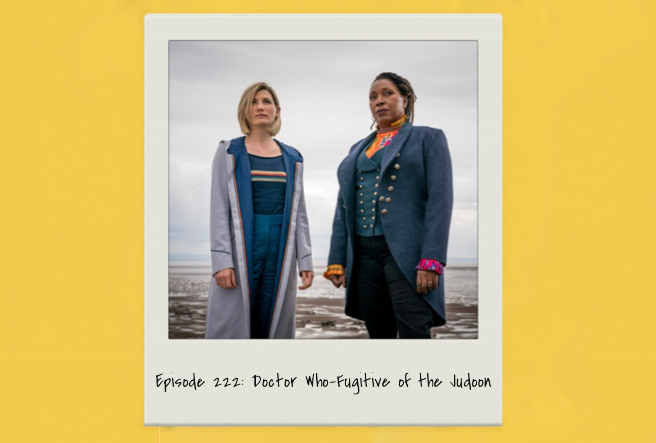 “Fugitive of the Judoon” is the fifth episode of the twelfth series of the British science fiction television programme Doctor Who, first broadcast on BBC One on the 26th of January 2020. It was written by Vinay Patel and current showrunner Chris Chibnall, and directed by Nida Manzoor.

The Judoon search modern-day Gloucester for a fugitive, and the Thirteenth Doctor (Jodie Whittaker) and her companions Graham O’Brien (Bradley Walsh), Ryan Sinclair (Tosin Cole), and Yasmin Khan (Mandip Gill) regulate the situation. The episode sees the return of John Barrowman as Captain Jack Harkness, and introduces Jo Martin as Ruth Clayton, a character revealed to be a previously unseen incarnation of the Doctor.

The episode was watched by 5.57 million viewers overall and received mostly positive reviews from critics.