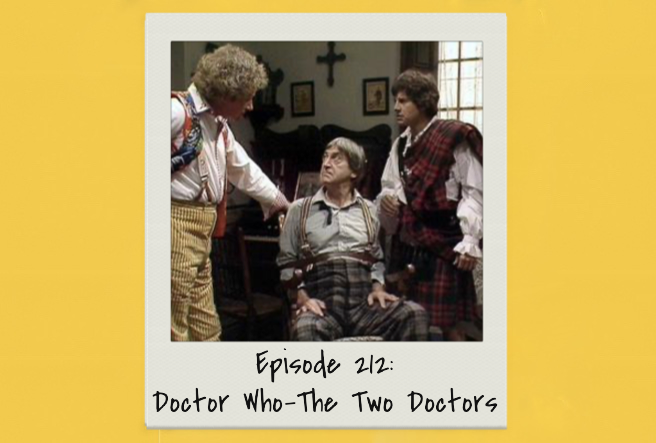 With Hernadez on the run, it falls on Chris and Martyn to cover the Doctor Who story ‘The Two Doctors’.

The Two Doctors is the fourth serial of the 22nd season of the British science fiction television series Doctor Who, which was broadcast in three weekly parts on BBC1 from 16 February to 2 March 1985.

The serial is set on an alien space station and in and around Seville. In the serial, the alien time traveller the Sixth Doctor (Colin Baker), his former travelling companion Jamie McCrimmon (Frazer Hines) and his current companion Peri Brown (Nicola Bryant) work to save the younger Second Doctor (Patrick Troughton) from the bio-geneticist Dastari (Laurence Payne), who intends to steal the knowledge of how to travel in time from the Second Doctor’s genetic make-up.