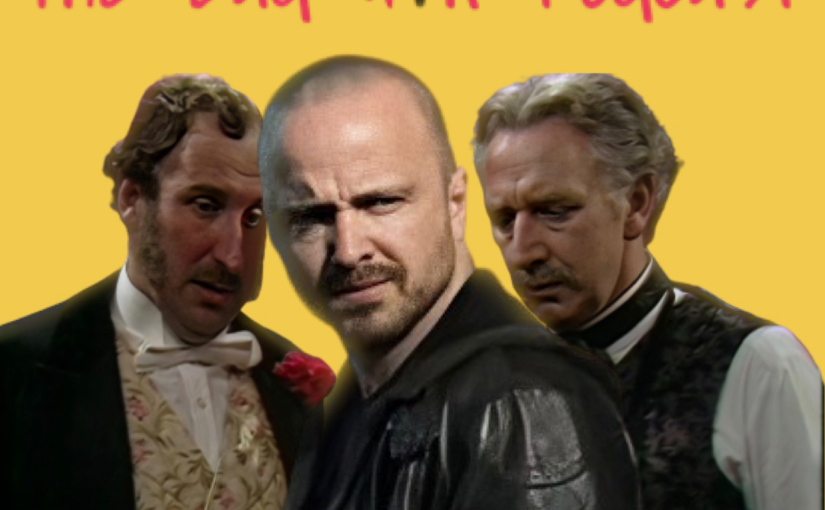 Martyn and Chris discuss the Doctor Who episode, The talons of Weng-Chiang. They also discuss the recent recreation of Mission to the unknown, by Lancashire University.

After that, Gerrod and Martyn then discuss El-Camino: A Breaking Bad Movie.

The Talons of Weng-Chiang is the sixth and final serial of the 14th season of the British science fiction television series Doctor Who, which was first broadcast in six weekly parts on BBC One from 26 February to 2 April 1977. In the serial, which is set in 19th century London, the 51st century criminal Magnus (Michael Spice) travels to the city and poses as an ancient Chinese god to find his missing time machine.

El Camino: A Breaking Bad Movie (or simply El Camino) is a 2019 American neo-westerncrime thriller film that serves as an epilogue to the television series Breaking Bad. Series creator Vince Gilligan wrote, directed, and produced the film, while Aaron Paul reprised his role as Jesse Pinkman. The plot follows what happens to Pinkman following the events of the series finale. Several actors, including Jesse Plemons, Krysten Ritter, Jonathan Banks, and Bryan Cranston, reprise their original roles from the series, all of them appearing in flashback sequences. El Camino was also the final film to feature Robert Forster, who died on the day of its release.