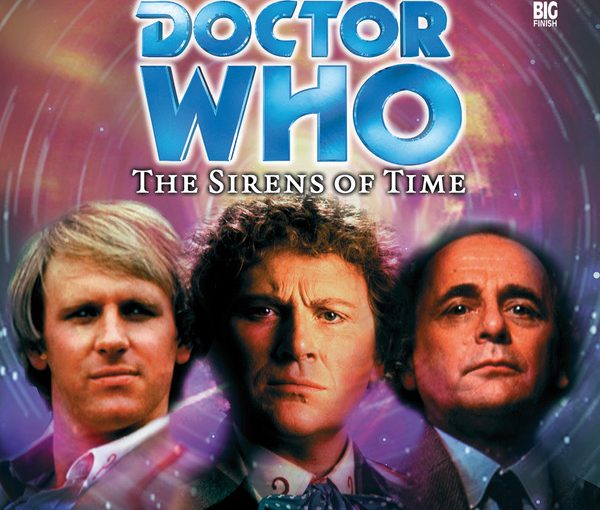 In practice, the story’s shape gets in the way. Gallifrey is in a state of crisis, facing destruction at the hands of an overwhelming enemy. And the Doctor is involved in three different incarnations – each caught up in a deadly adventure, scattered across time and space. The web of time is threatened – and someone wants the Doctor dead. The three incarnations of the Doctor must join together to set time back on the right track – but in doing so, will they unleash a still greater threat? (synopsis)

In The Sirens of Time, fan service is performed to a five-star degree. In the first moment of Part One, a Gallifreyan tannoy voice delivers an alert in accurate, Deadly Assassin style. The meeting of the Doctors’ minds later on is a good mix of the sound heard in The Three Doctors and something better suited to accompany the memory flashbacks that the three share.

Each of the three Doctors get an episode to themselves then converge in the conclusion. In practice, this story structure is a bit disorienting. The three short pieces don’t get much time to develop before the fourth on Gallifrey gets into gear. Although the plot seems to have no holes it doesn’t come together in the way I imagine the makers hoped.

Doctor Who is usually better for me in reruns and this was no exception. Doubtless most of the actors will have completely forgotten having done this job but that’s fine with me; they’ve left behind some good performances. I hope they had some laughs and maybe earned a penny or two because my side of the equation’s worked out pretty well.

Check out the trailer.