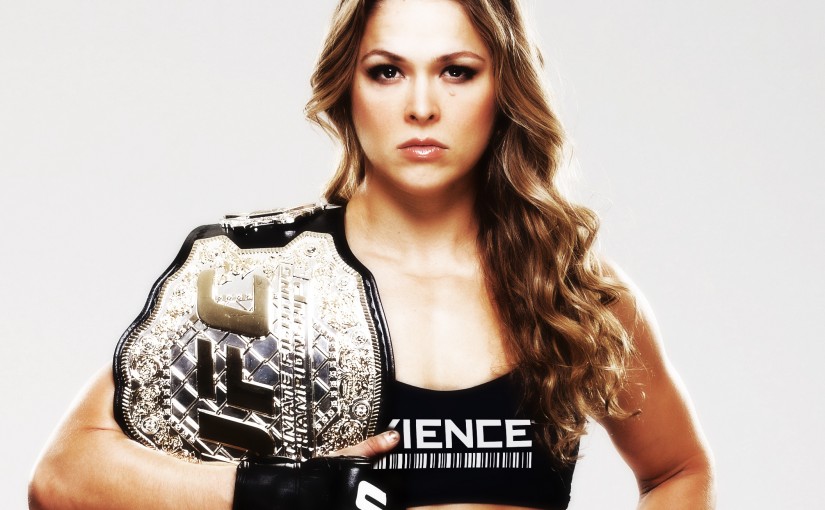 Captain Marvel is still years away from making her debut appearance in the Marvel Cinematic Universe, they haven’t cast anybody yet, but there were rumours that they’ve been in talks with Charlize Theron, Emily Blunt, and Yvonne Strahovski.

During a recent Reddit (I don’t understand Reddit) Ask Me Anything, Mixed Martial Arts fighting champion Ronda Rousey was asked, “If you were to be in a superhero movie, which hero would you play?”

“A lot of the good ones have been taken, but I’d like to vie for Miss Marvel.”

I think she would be an interesting choice, but her acting skills really aren’t quite there yet, she’s been in a few films but has been quite wooden in most. Her most realistic performance was in Entourage, as herself.

I doubt Marvel would cast her. However, I do think she would make a great Sarah Connor, get her some acting lessons and let’s see her detsroying killer robots.