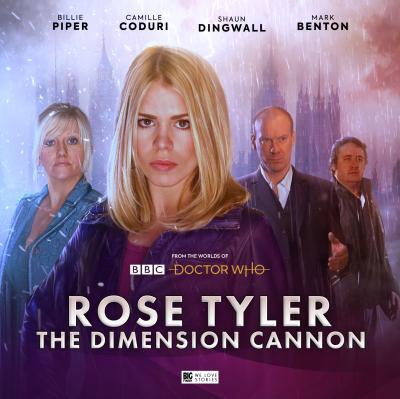 Billie Piper is returning to the Doctor Who universe in Rose Tyler: The Dimension Cannon, a new audio series made in association with BBC Studios.

The four episodes follow Rose’s mission to seek out the Doctor, the only person who can save the doomed multiverse.

“I love how normal Rose is, and yet really extraordinary. She lived a normal average life but she is incredibly curious and has an enormous capacity for love and empathy and is really spirited. She is extraordinary.”

The four new adventures are:
1.1 The Endless Night by Jonathan Morris
1.2 The Flood by Lisa McMullin
1.3 Ghost Machines by AK Benedict
1.4 The Last Party on Earth by Matt Fitton

From the worlds of Doctor Who, Rose Tyler – The Dimension Cannon will be released in September 2019, available for pre-order now on CD at £25 on CD and £20 on download.