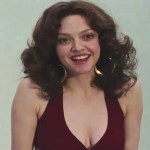 who was the face of the sexual revolution of the 1970s – then stern anti-pornography activist of the 1980s. Linda’s story goes much deeper: From surviving years of abuse, to her drug use and arrest, and her final years of being a mother with serious health issues. As Amanda Seyfried brings Linda Lovelace to the screen on August 23rd, we’ve taken a look at the life of this tragic individual.

Linda Boreman was the only child of a police officer in New York City. She grew up strictly catholic and even had the nickname “Miss Holy Holy” in high school because of her modesty. Her mother believed in harsh discipline which Linda later recalled as being extremely abusive. At 19 she had a child that she claimed she was forced to give up. Linda was living in Florida with her parents, recovering from a traumatic car accident when her life changed forever.

After a failure to salvage her film career as a mainstream actress, Linda quit the business altogether and became an advocate for anti-porn movements in the 1980s. She had two books published which completely disputed events in her previous ones. In the later books, Linda revealed that during the making of ‘Deep Throat’, she had a gun to her head the entire time. She accused Chuck Traynor of physically and mentally abusing her and using her for his own gain. With these revelations, Linda spent a couple of years touring around the US and speaking on college campuses about the evils of porn.

Linda married a construction contractor named Larry Marchiano in 1976. They had two children together and lived in Long Island. The couple divorced in 1996 when Linda claimed Marchiano to be a verbally abusive alcoholic. Linda worked a slew of odd jobs including working at a drug store, keeping books for a computer company, working in “user support” for an investment company, and cleaning office buildings.

Linda underwent a double mastectomy due to her silicone injections she received in 1971. During the procedure, doctors found her liver was failing due to Hepatitis C she had contracted from a blood transplant from her car crash in 1969. In 1987, she received a liver transplant and had to take an anti-rejection drug every month for the rest of her life.

Linda died in 2002 after crashing her car into a cement pole in Denver, Colorado. She was on life support for two weeks before her family decided to switch off the machine. Linda was 53 years old.

• Linda only appeared on camera for a total of 5 hours throughout her entire film career.
• Her daughter, Lindsay, had a child of her own at age 17.
• Had ‘The Linda Syndrome’ named after her in regards to ex-porn stars renouncing their past to receive favourable judgement from the public.
• Underwent an 11 hour lie detection test before publishers would publish her book ‘Ordeal’ in which she reveals the horrors Chuck Traynor put her through.
• Linda was paid $1,200 for her role in ‘Deep Throat’.