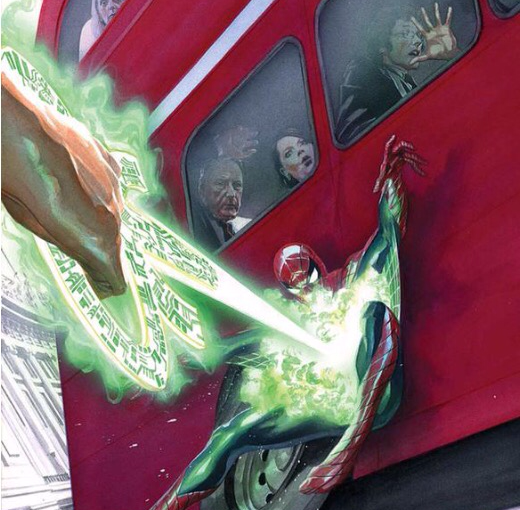 The cast of the BBC political comedy, The Thick Of It, make a completely unexpected cameo on the cover of December’s issue of The Amazing Spider-Man.

Chris Addison, Peter Capaldi, Joanna Scanlan, Paul Higgins, James Smith and Polly Kemp can all be seen on the cover, sat inside a London bus, whilst Spider-Man is fighting.

Armando Iannucci, the creator of The Thick Of It tweeted the image this morning and asked fans if they knew how the cameo came to be.

“Anyone know why Thick of It cast are in recent Spiderman issue? As a lifelong Marvel fan I’m delighted. And curious.