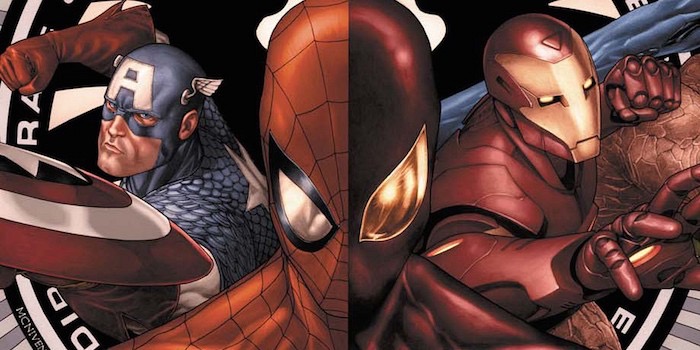 It only took three reboots but, Spider-Man will finally be introduced into the MCU with the Russo brothers Captain America: Civil War.

Since Tom Holland was cast as the web swinger, rumours have been circulating as to exactly how long he has been Spider-Man within the MCU.

According to Heroic Hollywood Peter Parker has been Spider-Man for a while, before we meet him in Civil War.

“According to sources, the latest rumour is that Peter Parker has been active as Spider-Man for a little over a year during the events of Captain America: Civil War. Just like Batman in Batman v Superman: Dawn Of Justice, Spider-Man is considered a myth, an urban legend.”
I’m sure Tom Holland will be great in the role, but part of me still wishes Andrew Garfield had been kept on.

Captain America: Civil War will be released on May 6th, 2016.