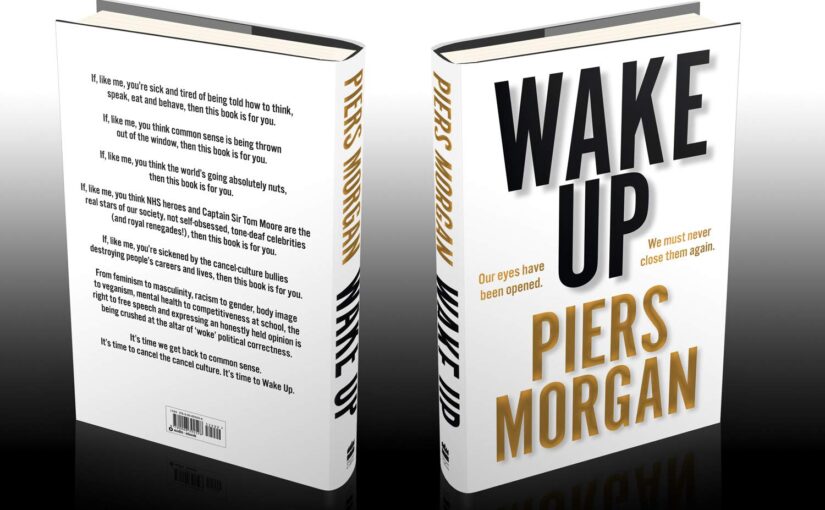 Whether you love him or loathe him, agree or disagree with him. You can’t ignore Piers Morgan. He’s on your TV. He’s been debated in Parliament. Even if you’ve got him blocked or muted, he’s on your Twitter timeline.

Through years of influential roles in journalism and broadcasting, Piers Morgan has positioned himself as a high-profile cultural commentator. He’s a divisive figure, best-known for his abrasive and combative interview style. For the past few years, he’s been the co-host of Good Morning Britain, an ITV show that boasts impressive viewing figures. It’s his experiences co-hosting this show, that provides the backdrop for his book. ‘Wake Up’ deals with issues of gender, Hollywood hypocrisy, identity politics and, free speech.

The book was originally intended to be a series of short essays, where Morgan would give his opinion on modern life. But then Covid 19 happened so the focus shifted. It’s told in diary form written between January-July 2020. Morgan examines all of the hot topic subjects one by one, as they occur. 2020 has been such a crazy ride, that I’d forgotten half the events Morgan talks about at the start of the book.

He makes some compelling arguments and he makes them well – for example when calling out Hollywood hypocrisy, he cites Natalie Portman’s speech at an awards show. Portman decried Hollywood’s lack of female directors, despite owning a production company that has only hired one female director, Natalie Portman.

At times, the book can come across as tabloid sensationalism and, I disagree with Piers Morgan on a lot of issues. However, I found Wake Up to be an interesting, engaging and entertaining read. Morgan argues that cancelling people isn’t the answer, instead, we should listen and find common ground. On that, I agree with him.