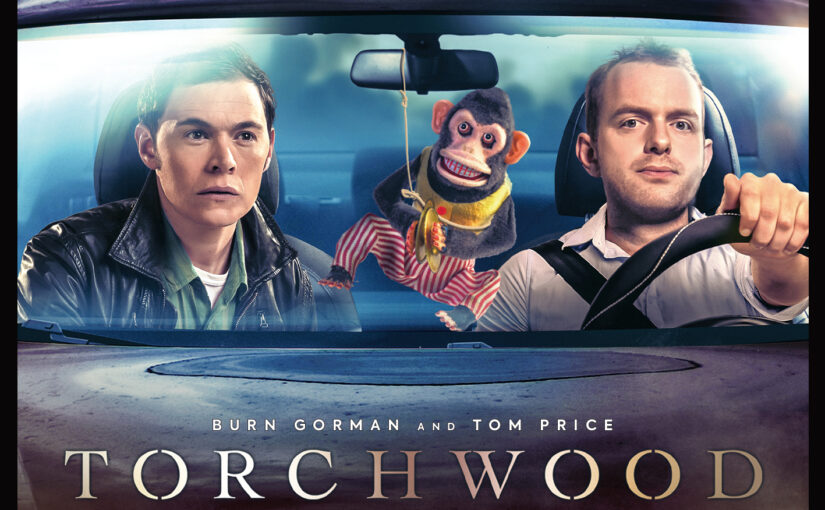 Andy’s heart-breaking tale about his uncle was bizarrely partly based on a real story Burn Gorman told writer James Goss. In 2009, post offices up and down the country were installed with new computer systems. These systems showed massive discrepancies in the accounts. Even after the system was proved to be at fault, post office owners were wrongfully prosecuted for embezzlement. Goss wondered what would happen if this story was given a Torchwood twist and, The Three Monkeys was born.

Although lighter in tone, this audio brings everything we’ve come to expect from a James Goss release. It’s filled with tragic elements and deep character explorations. All perfectly directed by Scott Handcock, who allows the more serious moments to breathe. Iain Meadows’ sound design is flawless and tugs on the heartstrings, when Andy talks about his Aunt and Uncle. The setting of a car is inspired and makes the story feel confined and intimate. It’s like we’re sat on the back seat listening.

As always, Gorman and Price work insanely well together, Andy’s optimism mixed with Owen’s cynicism makes for an interesting dynamic.

Torchwood: The Three Monkeys once again shows that Torchwood on Big Finish, is Torchwood at its very best.

Torchwood: The Three Monkeys is available to purchase directly from Big Finish.