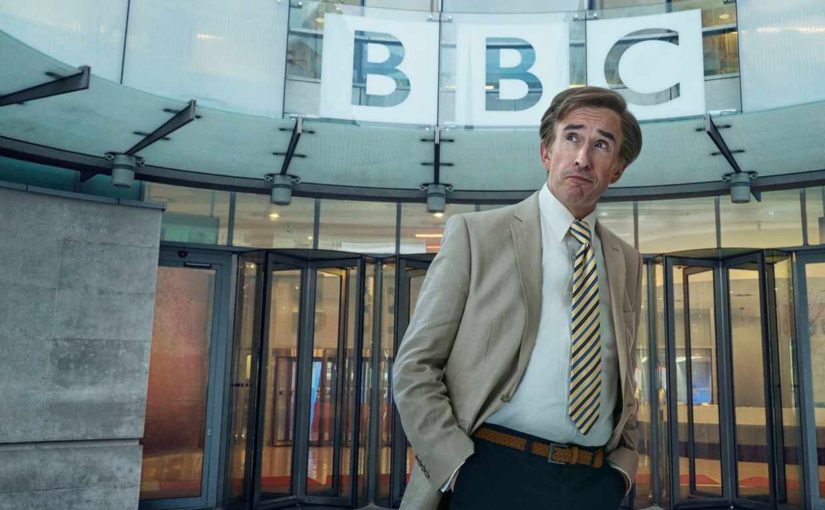 Aha! Smell my cheese. Alan Partridge returns to the BBC after his exile and two decades on digital and satellite radio. He’s temporarily co-hosting a The One Show-esque programme called ‘This time’. The result is, as you might expect, comedy gold. This is easily some of the best Partridge to date.

‘This time’ is the perfect setting for Partridge, much like ‘The Day Today’ and ‘Knowing Me Knowing You’. This Time’s 30-minute episodes plays out in real time. But unlike those shows, we don’t see much of the full broadcast. Instead, we see Alan’s pre-recorded VT’s and off-air conversations between the shows Co-hosts.

This time Co-host Jennie Gresham (Susannah Fielding) is a perfect foil for Alan, she’s as ambitious as he is and often steals his jokes. The frustration boils in Alan, but he internalises it as he knows this could be his last chance at mainstream broadcasting.

If you’ve never seen Alan Partridge before, then this is a great jumping on point. It has references long-term fans will get, but it isn’t bogged down with 25 years worth of continuity.

This is a six episode series, but I wouldn’t be surprised if this is quickly commissioned for a second series.

This Time with Alan Partridge begins on Monday 25th February at 9.30pm, BBC ONE.