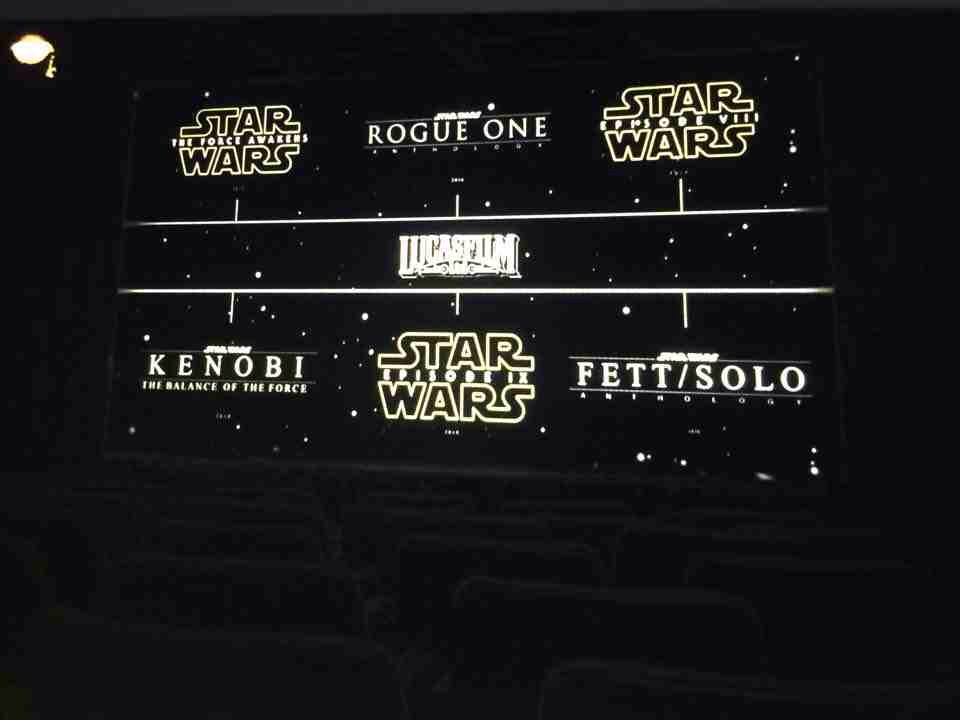 Yesterday Lucasfilm announced there would be a Han Solo anthology movie, focusing on the adventures of the young scruffy looking nerf herder. Now, it seems that Lucasfilm’s other big Comic-Con announcement has leaked online.

Now, the photo could be faked. But apparently someone working at San Diego comic con managed to snap this pic of LucasFilm’s full line-up.

The two interesting things here are the confirmation of the much rumoured Obi-Wan Kenobi solo film called Kenobi: The Balance of the Force and the Fett/Solo Anthology film.
Like I said, it was announced that Han was getting his own movie. But now it looks like Fett will also appear.

Like most people, I had my problems with the prequels. But Ewan McGregor was not one of them. It would be awesome so have him reprise his role. There’s certainly a story to tell.