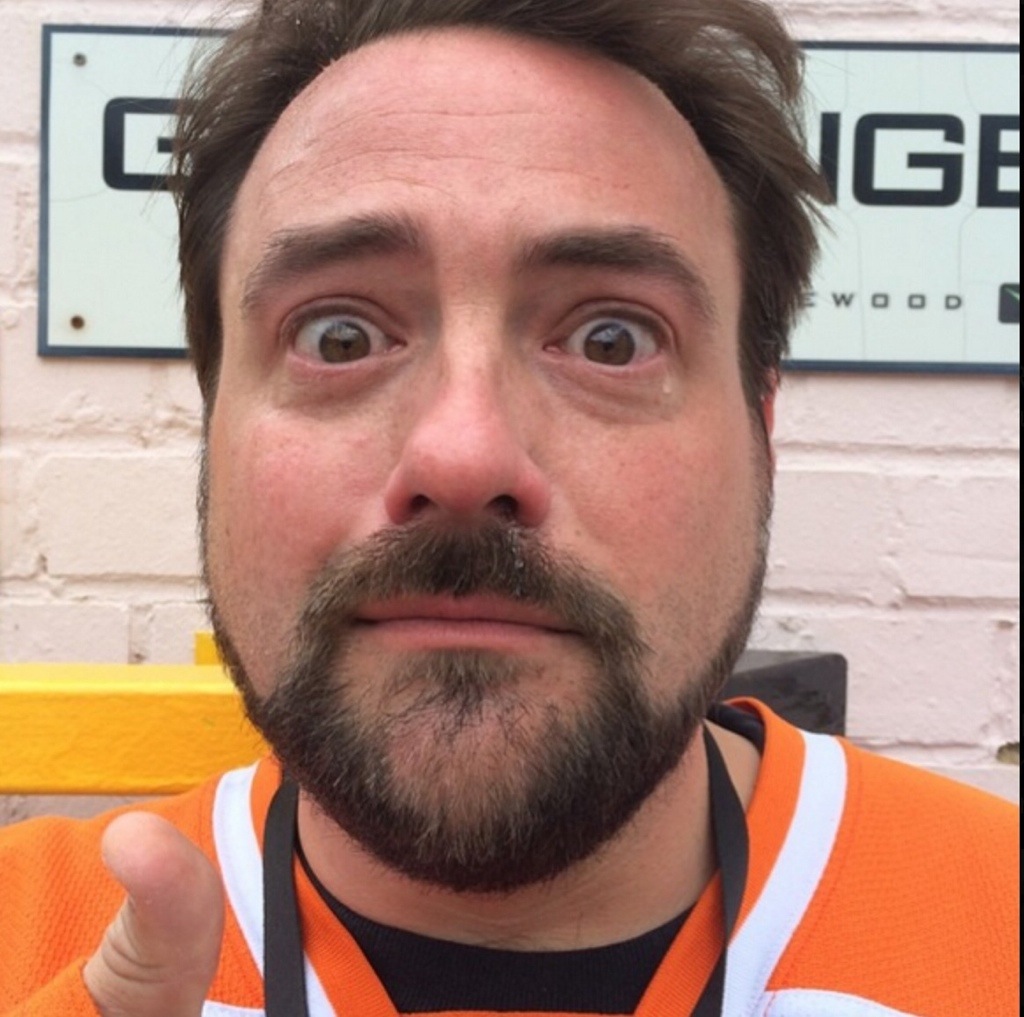 It’s well documented that Kevin Smith is a die hard Star Wars fan, he has referenced the franchise in nearly all of his films.
Smith is currently in the UK, touring two of his many podcasts and was invited along to the set by JJ Abrams.
Due to the NDA (non disclosure agreement) that he had to sign, he couldn’t reveal any details of the film. But he did put out this picture on his Instagram account with the following text.

“Visited JJ and his EP VII set. I signed the NDA so all I can share are this old Bantha-Tracks subscriber’s tears and snotty nose of joy. The Force is WITH this movie. Holy Sith…”

Smith mentioned on the most recent episode of Hollywood babble-on, which was record before the visit:

“I got an Email about a month ago from a dude who was like ‘Hey Kev, we haven’t talked in a while. Been thinking about you.
We just started shooting in the desert, man. We’re heading over to London, if you’re gonna be in London, then blow me up and roll up on the set, man’.
signed JJ Abrams.

So I hit him back and I was like, ‘I am gonna be in fucking England. I’m coming over to do some shows with my friend Ralph’.

So he was like ‘oh great, then you’ve gotta come stop by the set’.

So, I was just like, wow. How easy was this? I didn’t have to ask, he hit me up out of nowhere and shit.
And I’m sitting there going, I don’t know him that well. So I started second guessing it and I was like you know what, I’ve gotta see if this is legit. So I wrote him back an email and I was like
‘I just checked in with your office, so I’m all set to visit. But just in case, I wanna put this out there just in case you hit the wrong Kevin in your address book, this is Kevin Smith. The Clerks guy’
and he wrote back the perfect email, just a two letter response ‘oh fuck’.”