Filmmaker Andrew Stanton is no stranger to success. He directed and co-wrote the screenplay for D 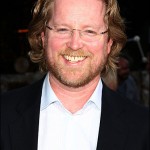 isney/Pixar’s WALL•E, which won the Academy Award and Golden Globe for Best Animated Feature in 2008. He made his directorial debut with Disney/Pixar’s Finding Nemo, garnering an Academy Award-nomination for Best Original Screenplay and winning the Oscar for Best Animated Feature in 2003. Stanton also worked on a host of successful Disney/Pixar movies including Toy Story, A Bug’s Life, Toy Story 2, Monsters, Inc., Ratatouille and Up before turning to live-action with the epic action-adventure John Carter.

With the Blu-ray Combo Pack and DVD of the heroic tale, John Carter, about to be released, we catch up with the acclaimed director to find out more on the epic project…

How would you describe your first directorial experience away from your comfort zone at Pixar?

It’s been extremely exciting to work on John Carter. The best analogy I can use to describe the experience is to say that it was like deciding, ‘Yeah, I’m going to get on a boat and sail across the ocean!’ Half the people in the world wouldn’t want to do anything like that, but some people consider a voyage out to sea to be an incredibly attractive journey. It’s an exciting adventure for some people, but it also sounds incredibly hard. You know there will be a lot of labour involved and you may see some really pretty things, but you may also get stuck in a horrible storm. I feel like that’s a pretty good comparison because I knew making this movie wasn’t going to be necessarily easy, but there’s a sense of fulfilment and a thrill that you wouldn’t get any other way. It was the adventure of a lifetime.

What’s the biggest difference between making an animated film and a live-action movie?

I thought, at least intellectually, that the biggest difference would be the physical stamina of creating a live-action feature, the standing around all day for 100 days. It didn’t matter if it was hot or cold or wet, we never stopped standing – and that can be tough at times. However, I think a lot of people thought the biggest difference would be the fact that I was working with actors rather than computers. On the set of John Carter, I’d have tons of people asking me, “So what’s it like to work with people now?’ And I’d laugh at them and I’d say, “I don’t talk to computers when I work at Pixar. I’ve been talking to 200 people on movie projects for the last 20 years! I talk to them about where to put the camera, what costumes we should make, where the lights should go and what the motivation of the scene is. It’s not very different at all.” It’s funny because I have all the same conversations at Pixar as I do on a live-action project. I just don’t have them all at the same time. On an animated project, I have these conversations in separate meetings over the course of several weeks or months. On a live-action set, it happens all at once.

How much of the movie was shot using a green screen?
We tried really, really hard not to use too much computer generation in John Carter. I watched a lot of movies where it can look incredibly pretty, but the more CG a movie uses, the more cold and antiseptic it feels. You can sense it; you are distanced.

Were there any other reasons why you decided to veer away from green screen as much as possible?
I had spent all my life reading the books of Edgar Rice Burroughs and imagining what it would be like to stand in the desert talking to the 9-foot tall creatures he wrote about so distinctively, so I wanted this movie to feel as real as possible. The Ape Arena in John Carter is a perfect example of this. We went all the way to Utah and found a big patch of sand where we built the throne area and the dungeon area for the scene. Everything else was green screen, but we built enough for Taylor Kitsch, Willem Dafoe and all of the other actors to feel like they were really there in the arena. We were always trying to strike a balance by building enough so that if we had to have green screen, the actors didn’t feel like they were standing in the middle of nothing.

What were the conditions like in the desert when you shot John Carter in Utah?
We got to Utah in April thinking it would be really warm, but it was freezing. It warmed up just enough for when we shot the scenes on the river – but then we got hit with sandstorms. The only thing that was helpful is that in Utah you can see for almost 100 miles, so you can spot any bad weather coming and you can plan for it. You can aim to get the shot done before the storm hits because you have a certain amount of warning. I was so adamant about staying on schedule and on time that I said, “We’re just going to shoot it whatever happens. If Clint Eastwood can do it, I can do it. If Clint Eastwood does one take, I can do one take. Let’s go for it!” And we’d jump in and do it. It was great.

So what’s next for you and Pixar?
I’m not working on any Pixar features right now. However, I have a Pixar short that I’m working on with Pete Docter. Plus, I’m working on a couple of other options. I’ve had lots of ideas over the years, so there’s always something bubbling around in my mind. We’ll just have to see where that takes me next.

Thanks to Disney and Thinkjam for the interview