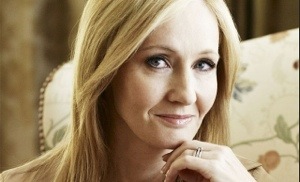 JK Rowling announced today that her Harry Potter spin-off ‘fantastic beasts and where to find them’ will be a trilogy.
In the reality of the “Potter-verse”, the book is a textbook used to teach the pupils at Hogwarts.

Warner Bros chief, Kevin Tsujihara said that the film is neither a sequel nor a prequel but an “extension” on the universe.

The story is set in New York, 70-years before we meet Harry.
The protagonist of the movie is Newt Scamander, the author of a guide about magical creatures.

The film marks Rowling’s debut as a screenwriter.

I’m actually intrigued by this premise. It’s refreshing to see a franchise expanding its universe rather than churn out an unnecessary prequel or sequel. If successful, I think many existing franchises will follow suit.