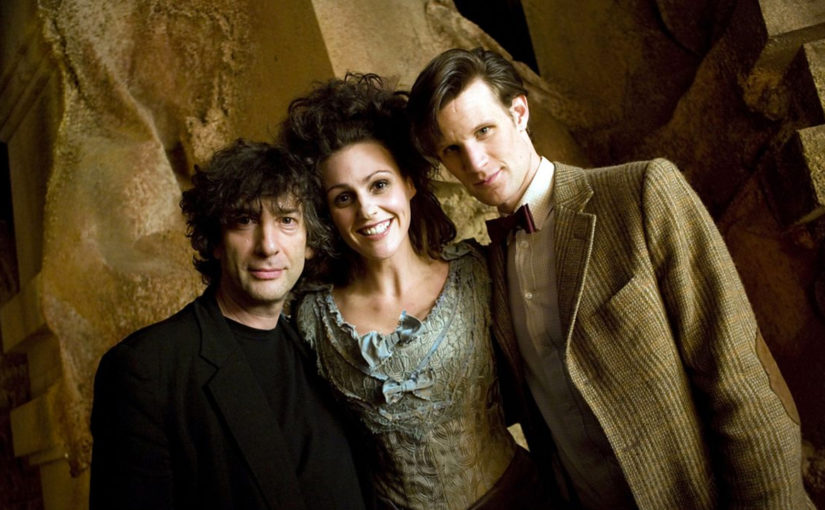 In episode 28, we discuss ‘The Doctor’s Wife’ written by legendary author, Neil Gaiman.

“The Doctor’s Wife” is the fourth episode of the sixth series of the British science fiction television series Doctor Who, which was broadcast on 14 May 2011 in the United Kingdom, and later the same day in the United States. It was written by Neil Gaiman and directed by Richard Clark.

In the episode, an entity called the House (voiced by Michael Sheen) tricks the alien time traveller the Doctor (Matt Smith) and his companions Amy Pond (Karen Gillan) and Rory Williams (Arthur Darvill) into being lured to the asteroid the House resides outside the universe by sending a distress call to the Doctor’s time machine and spaceship the TARDIS. The House removes the matrix of the TARDIS and places it in the body of a woman named Idris (Suranne Jones), who proceeds to help the Doctor prevent House from escaping its pocket universe with the TARDIS.

“The Doctor’s Wife” was originally intended to be produced as part of the previous series, but was pushed back due to budget constraints. Gaiman revised the script many times, having to add and remove characters and events as production saw fit. The episode was filmed in the autumn of 2010 and featured a makeshift TARDIS control room which was the design from a winner of a contest on the children’s programme Blue Peter. The episode was seen by 7.97 million viewers in the UK and was met with positive reviews from critics, with praise for Jones’s performance. The episode won the 2011 Ray Bradbury Award for Outstanding Dramatic Presentation and the 2012 Hugo Award for Best Dramatic Presentation, Short Form.