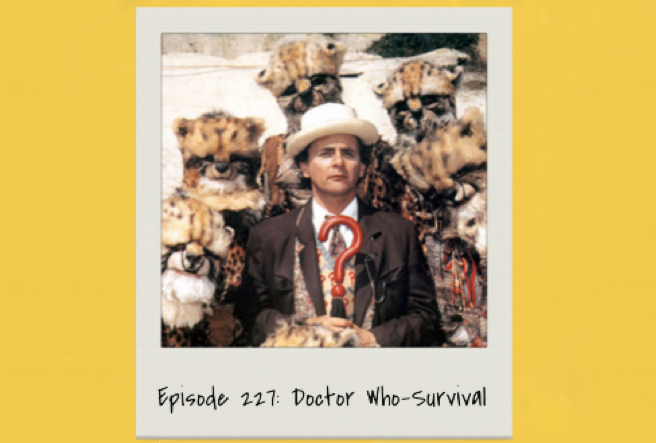 Martyn, Sam, and Chris discuss the 1989 episode of Doctor Who ‘Survival’.

Survival is the final serial of the 26th season and also the final story of the original 26-year run of the British science fiction television series Doctor Who, which was originally broadcast in three weekly parts on BBC1 from 22 November to 6 December 1989. It marks the final regular television appearance of Anthony Ainley as the Master and of Sophie Aldred as Ace. It is also the last regular television appearance of Sylvester McCoy as the Seventh Doctor.

Journalist Matthew Sweet has described Survival as “a parable about Thatcherism”. In the serial, the renegade Time Lord the Master kidnaps humans from contemporary Perivale and uses the teenager Midge (Will Barton) to facilitate his escape from the disintegrating planet of the Cheetah People.

We’ve covered this story once before, listen here.

Check out the Pharos Project interview with Will Barton (Midge).

The trailer for Survival was taken from Veritaserumuk.